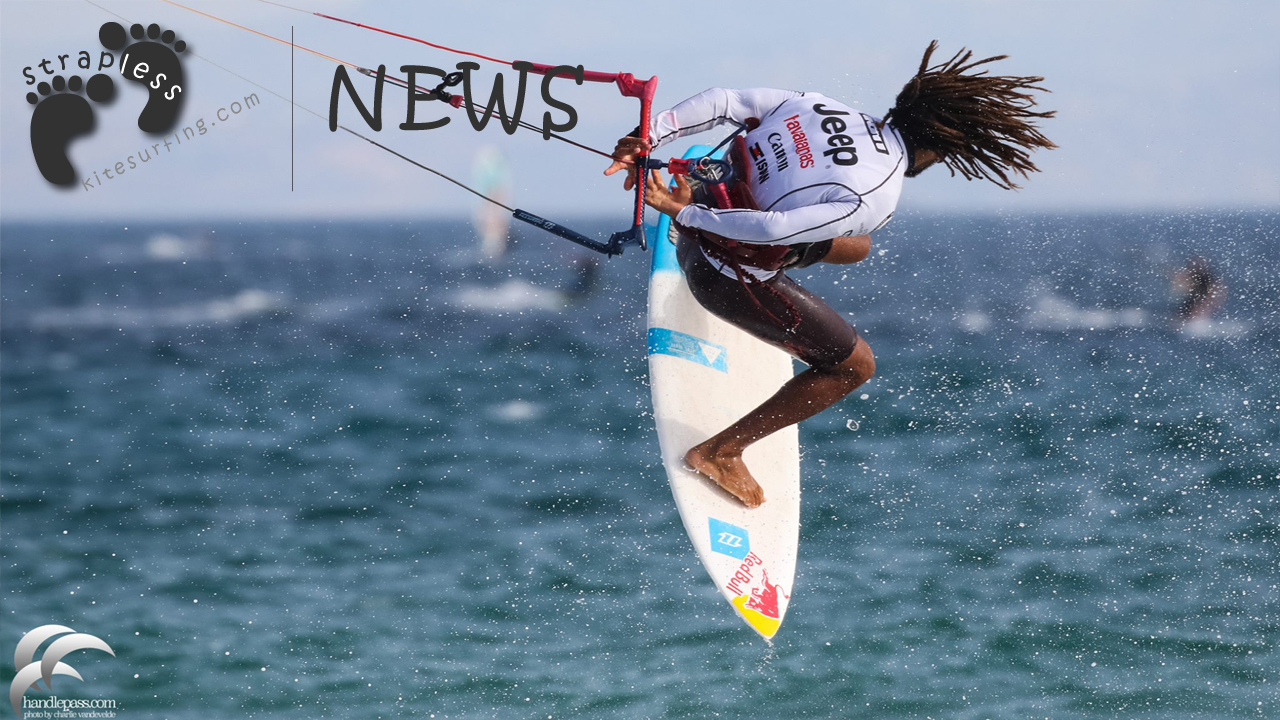 The much anticipated Tarifa Strapless Kitesurfing Pro 2016 started at noon on Wednesday 29th June with the first rider’s briefing for 16 riders who were hoping to qualify for the main event that kicks off today.

Just 12 riders would make it through the round of trials to join the 8 other pre-qualified riders from last year’s event, and the 4 local wildcards who will be announced later today.

Secretary General of the GKA, Joergen Vogt, welcomed the riders to what was the first stop on the new GKA Wave & Strapless Freestyle Tour, explaining the vision for the tour which is run by the Global Kitesports Association. The GKA was formed by several of kiteboarding’s biggest and most well known brands. The Association’s membership now includes most kitesurfing brands who have all come together in the hope of, not only being able to push this incredibly dynamic and evolving discipline in kiteboarding, but also to generally help bring higher levels of professionalism and elite competition stability than we’ve seen in recent seasons across all areas of kitesurfing.

The GKA Wave & Strapless Tour will see a mix of freestyle and wave events over the next few months, eventually resulting in the crowning of a GKA Wave & Strapless Freestyle Rider of the Year. The tour moves on to Sotavento in Fuerteventura in August, Mauritius in September, Dakhla Morocco in October (TBC), and Fortaleza in Brazil in November. This first event in Tarifa kicks things off as a purely strapless freestyle event.

Find out more about the GKA Grand Slam events here:

Riders draw their heats for the trials / PHOTO: Toby Bromwich

The 16 trials riders were split into six heats of seven minutes. Regardless of who they were drawn against in their heat, the rankings were worked out purely on the riders’ overall heat score. Judges were looking for innovation, technical difficulty, wow factor and overall impression. Ideally they are looking for the most complete strapless freestyle rider.

The light Poniente wind blowing cross-onshore from the right at Valdevaqueros was ramped up by the hot afternoon thermal wind to give the riders a challenging 12 – 14 knots to work with.

Making the most of the conditions and progressing through to the main event which starts today are:

(Ranked in order according to their score in the trials)

They will join the 8 pre-qualified riders from last year’s event:

4 Local Wildcards will be announced this afternoon.

The event’s opening ceremony took place yesterday evening at the Wet Cafe. Leading the ceremonies were Joergen Vogt of the GKA, event organiser Jaime Herraiz and 2015 event winner Airton Cozzolino who were joined by the Mayor of Tarifa Francisco Ruiz, the first deputy Mayor Ezequiel Andreu and Minister for Tourism in the area, Sebastian Galindo.

As well as being about exposing phenomenal displays of action on the water, the Tarifa Strapless Kitesurfing Pro also aims to allow riders, fans and attendees to enjoy the true ambience and lifestyle of Tarifa. Crowds will pack the beaches to enjoy the strapless performances each day, but there’s also a full itinerary of early and late evening dinners, parties and festivals over the next few days for everyone to enjoy.

Tranquil first night at the Wet Cafe. Upcoming evenings will include parties at the Cafe del Mar and more! / PHOTO: Toby Bromwich

The forecast looks set for a stronger thermal effect today and then stronger winds over the weekend, with the organisers hoping to be able to run heats each day in keeping with the laid back spirit of the event, its riders and followers.

After an outstanding big wave season in Hawaii, Patri McLaughlin is through to the main event, showing his outstanding natural talent whatever the conditions throw at him / PHOTO: Toby Bromwich