Strong wind and pumping surf continue at One Eye

Le Morne, Mauritius – September 8, 2012: Day 2 of the One Eye Kite Surf Pro got underway today in solid 4 to 6 foot surf (8′ to 12′ faces), strong wind and clearing skies. A total of 20 heats were completed in another action packed day that saw some incredibly narrow victories.

The highlight heat of the day on the men’s side came in heat 2 of round four, which pitted Patri Mclaughlin (USA, North) against Mitu Monteiro (F-One, CPV) against each other. Both riders laid it all on the line, holding nothing back as they pulled into the cleanest barrels of the event. Monteiro emerged the victor with the best barrel of the event thus far, earning him the single highest wave score of the entire competition so far, a 9.8 out of a possible 10.

The women’s competition saw some of the closest scoring heats in KSP history. Milla Ferreira (BRA) narrowly defeated Kari Schibevaag (Ozone, NOR) in their tight scoring round two heat, 12.17 to 12.1. Another close women’s heat came in round four with Jalou Langeree (Naish, NED) defeating reigning KSP World Champion Ines Correia (POR) by a mere 0.01 of a point.

Wave conditions are expected to hold strong through most of the day tomorrow and slowly decrease into the afternoon. With around 6 hours of heats remaining in the competition and a stellar swell on the horizon for next weekend, KSP officials will make the official call at 10AM tomorrow to continue running heats or to hold off in anticipation of bigger surf for the final rounds.

Tune in to watch all the live action as it unfolds at www.kspworldtour.com/live brought to you by Emtel.

Here are the pics shot by John Bilderback. 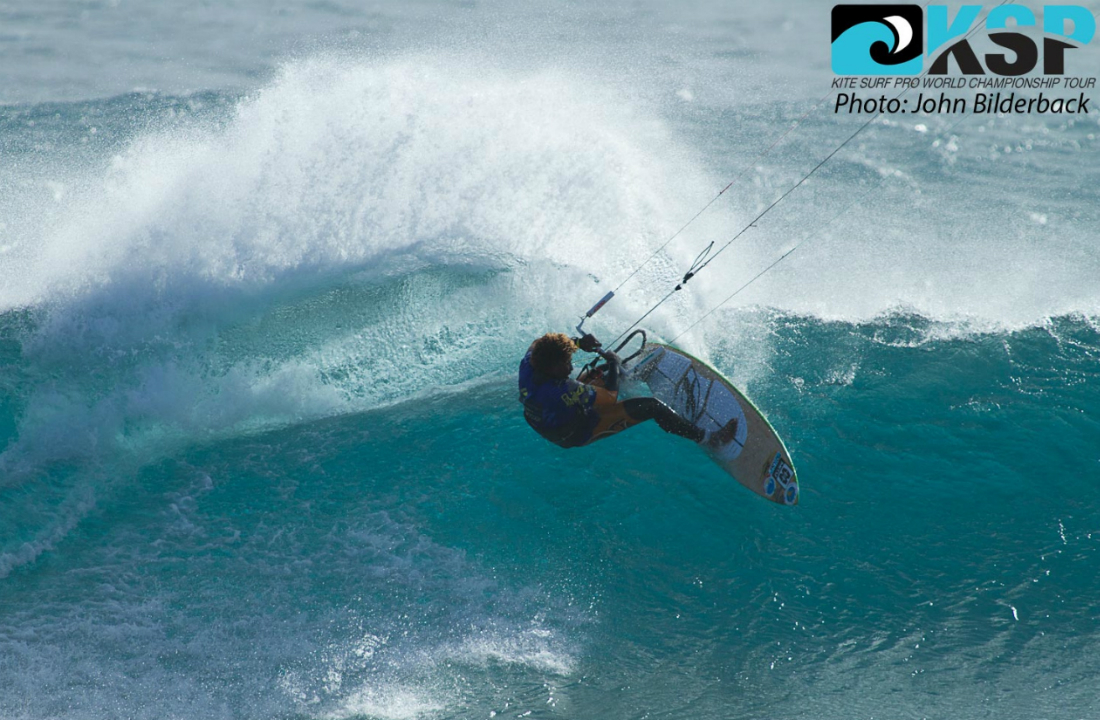 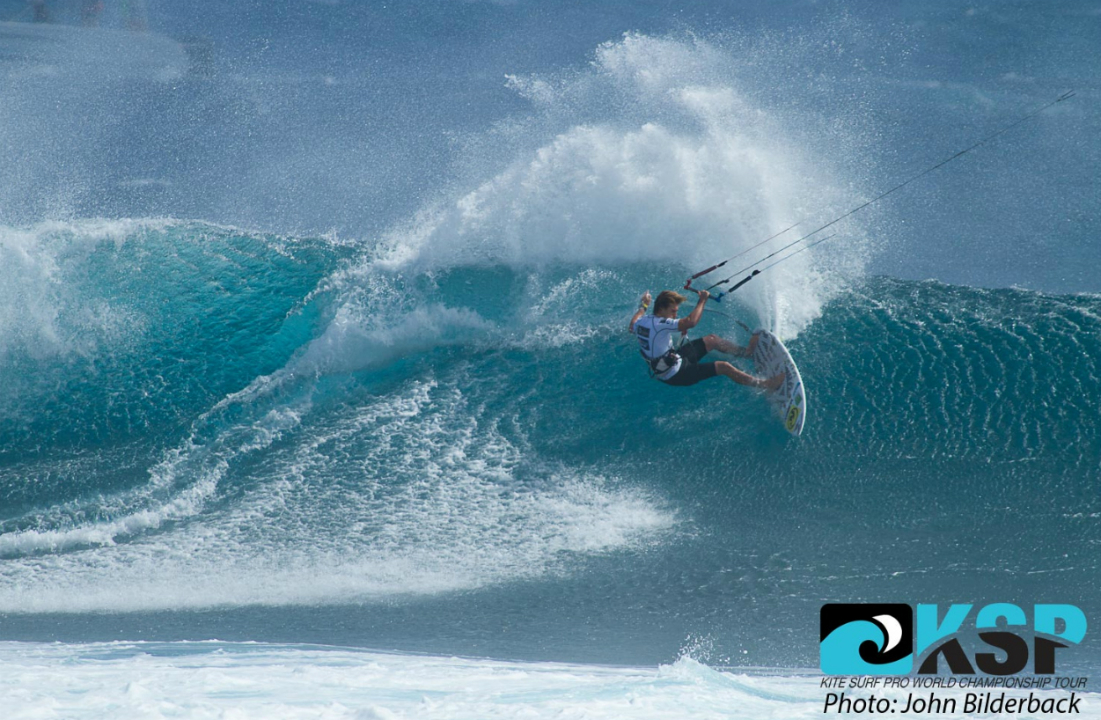 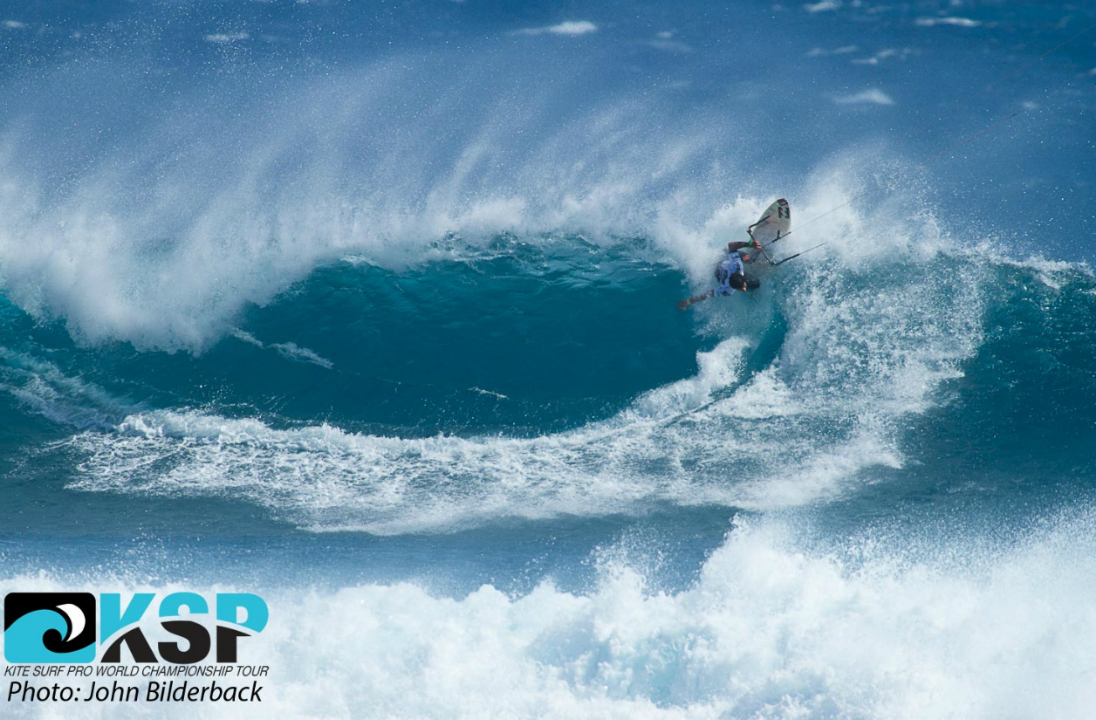 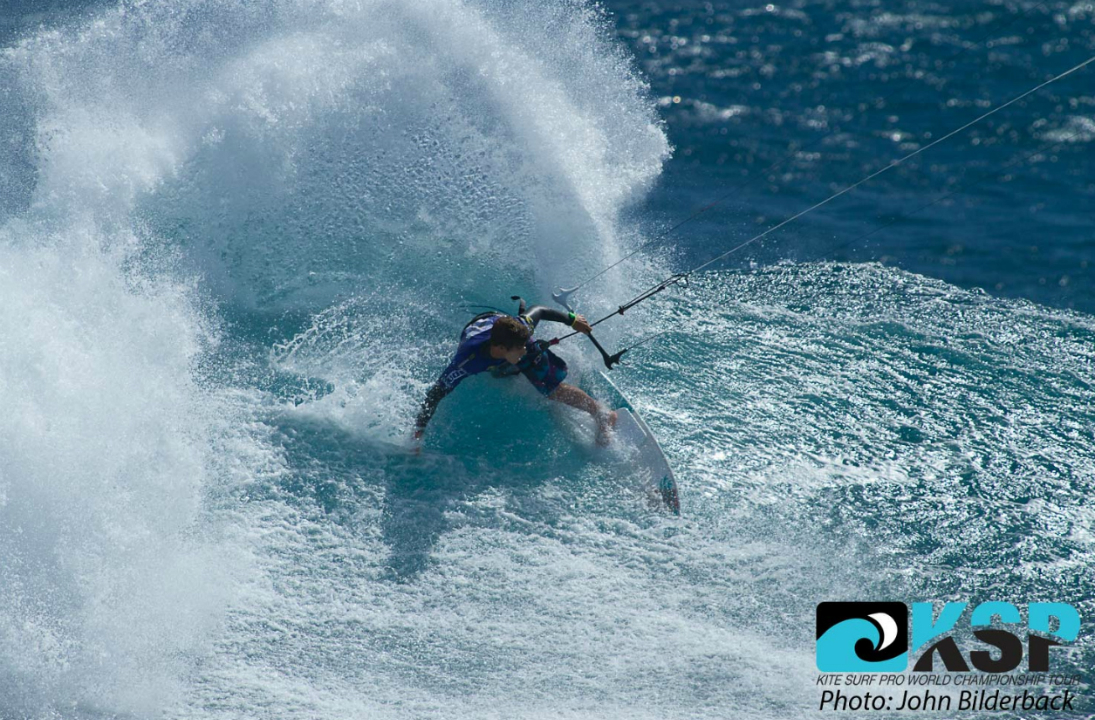 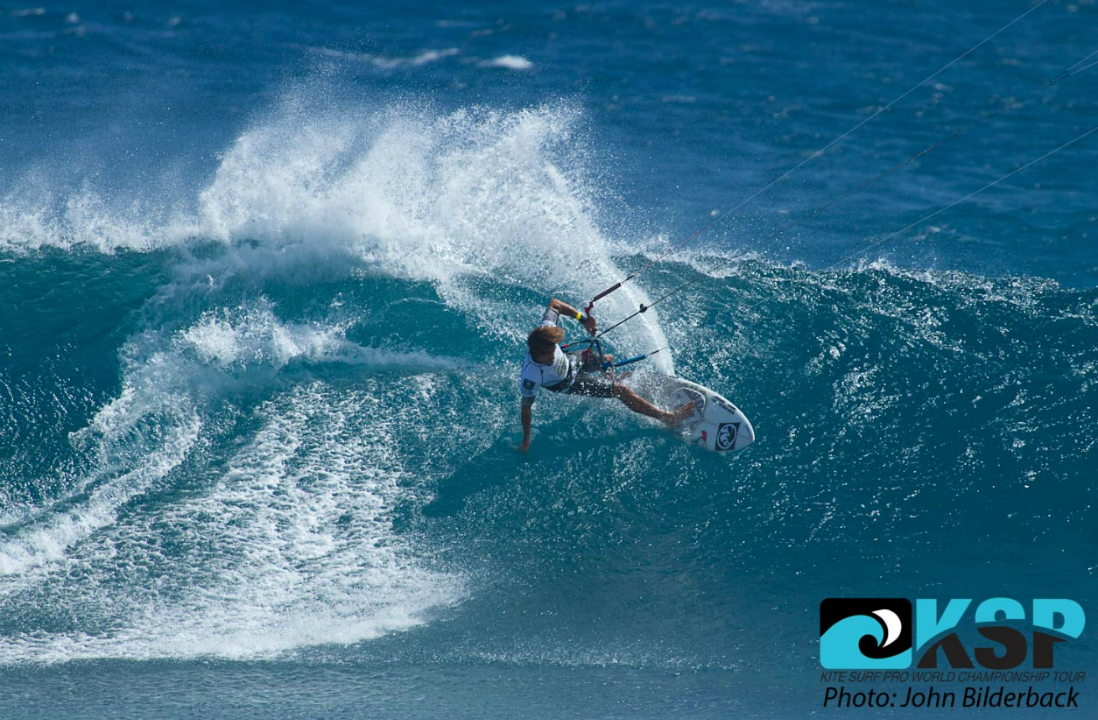 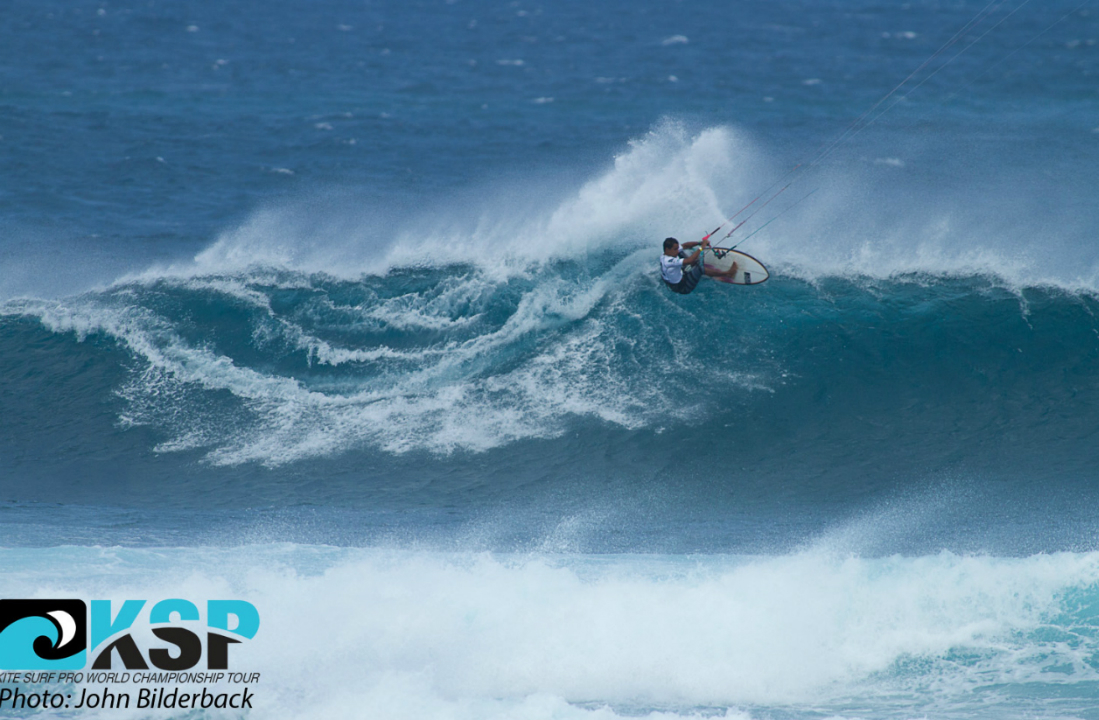 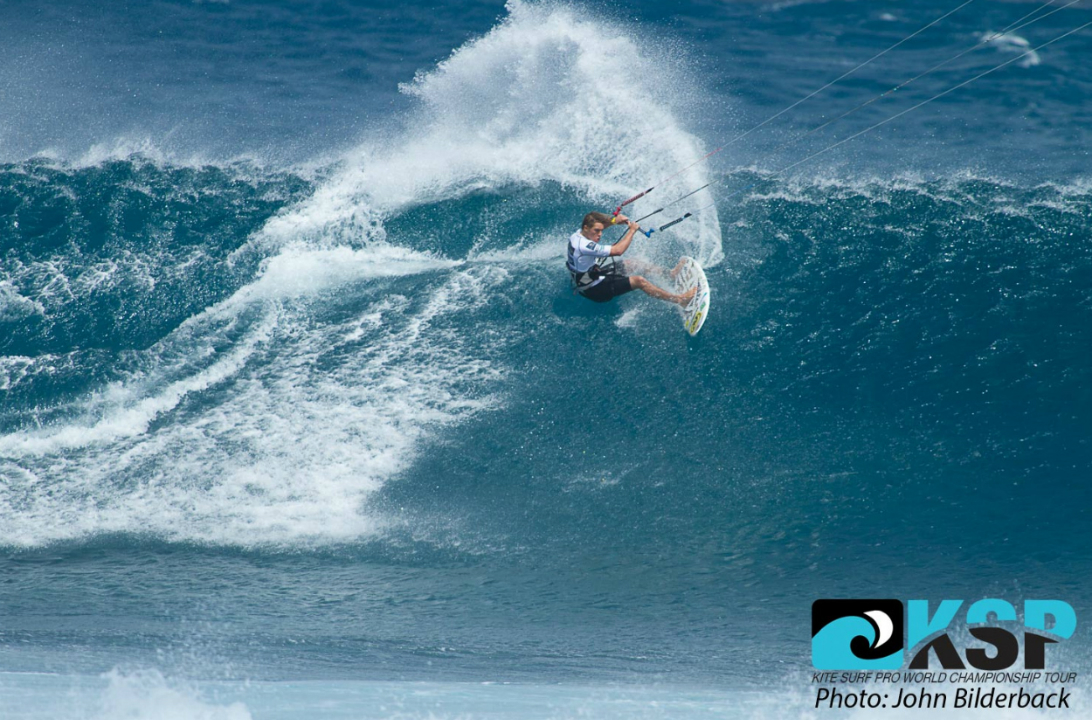 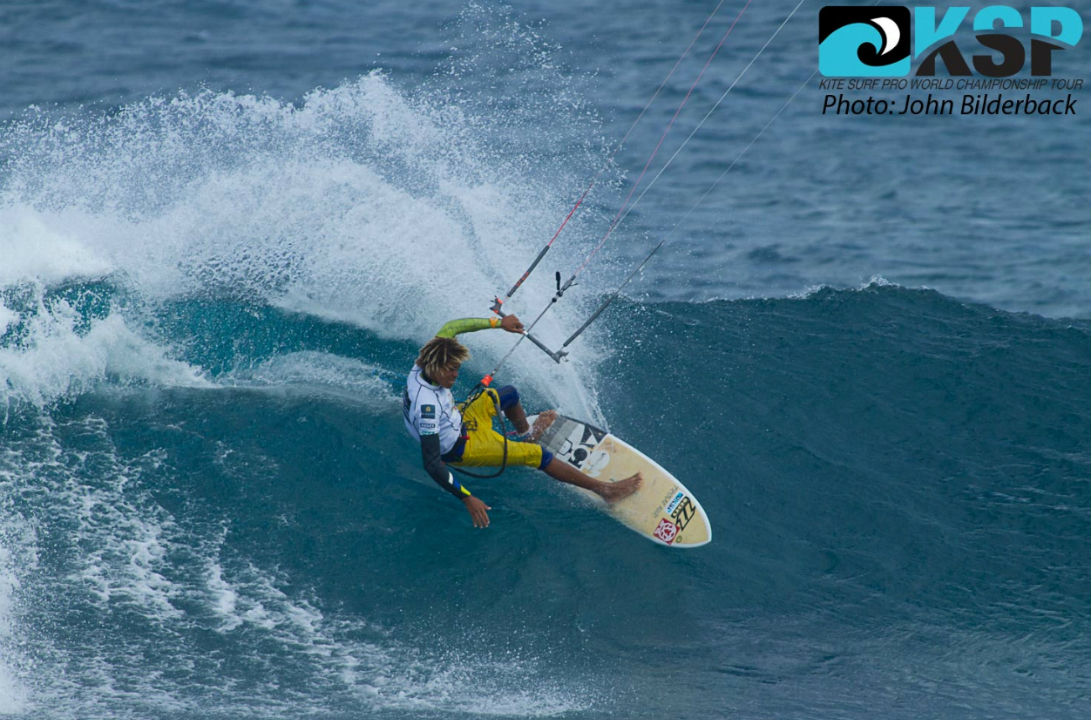 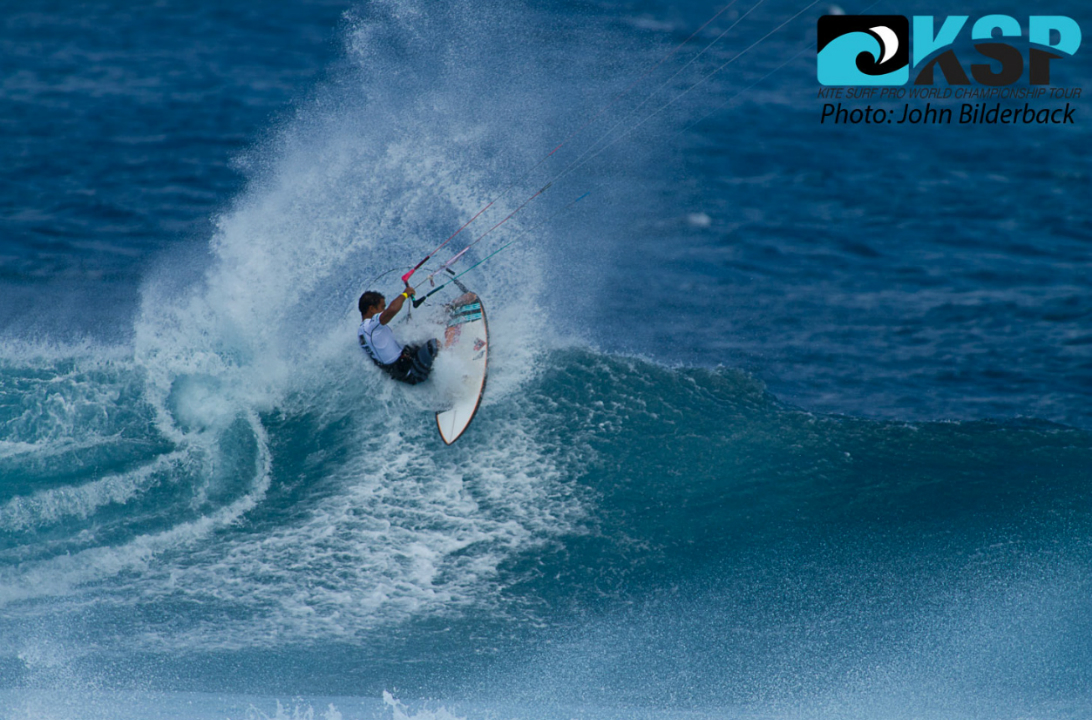 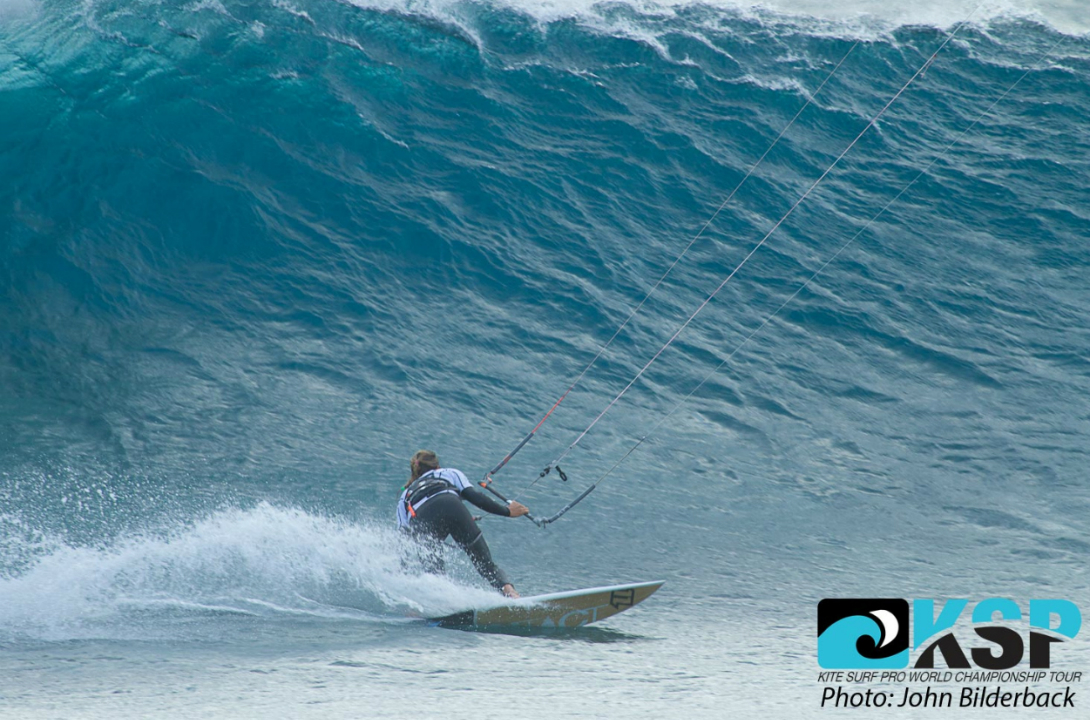 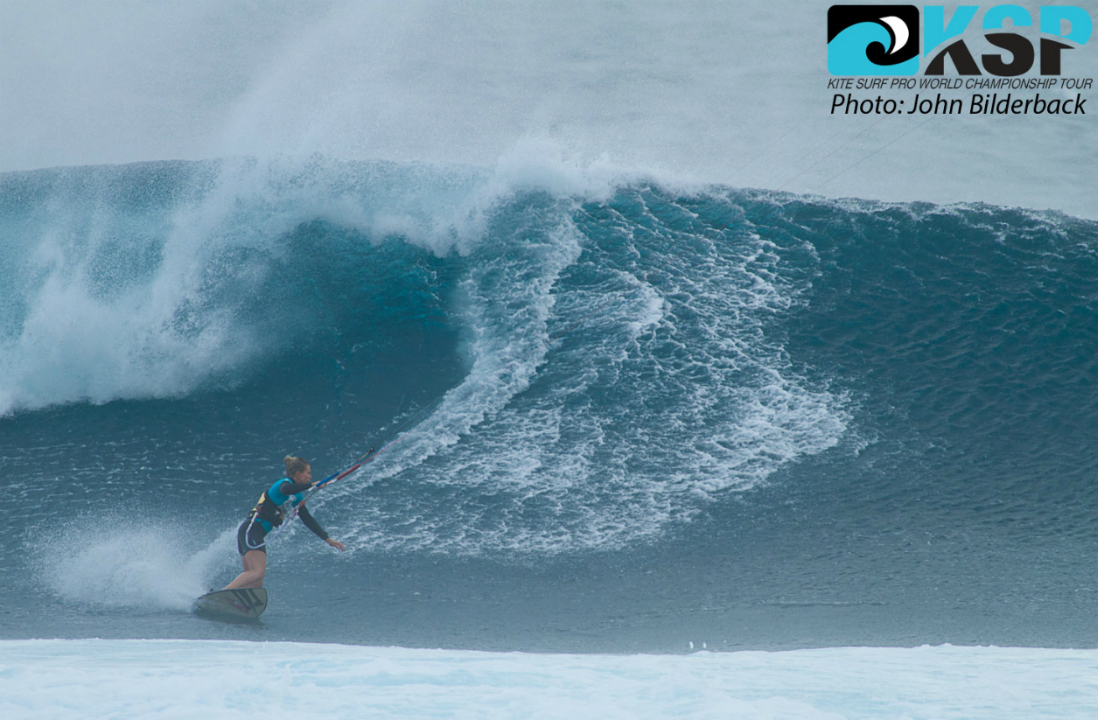