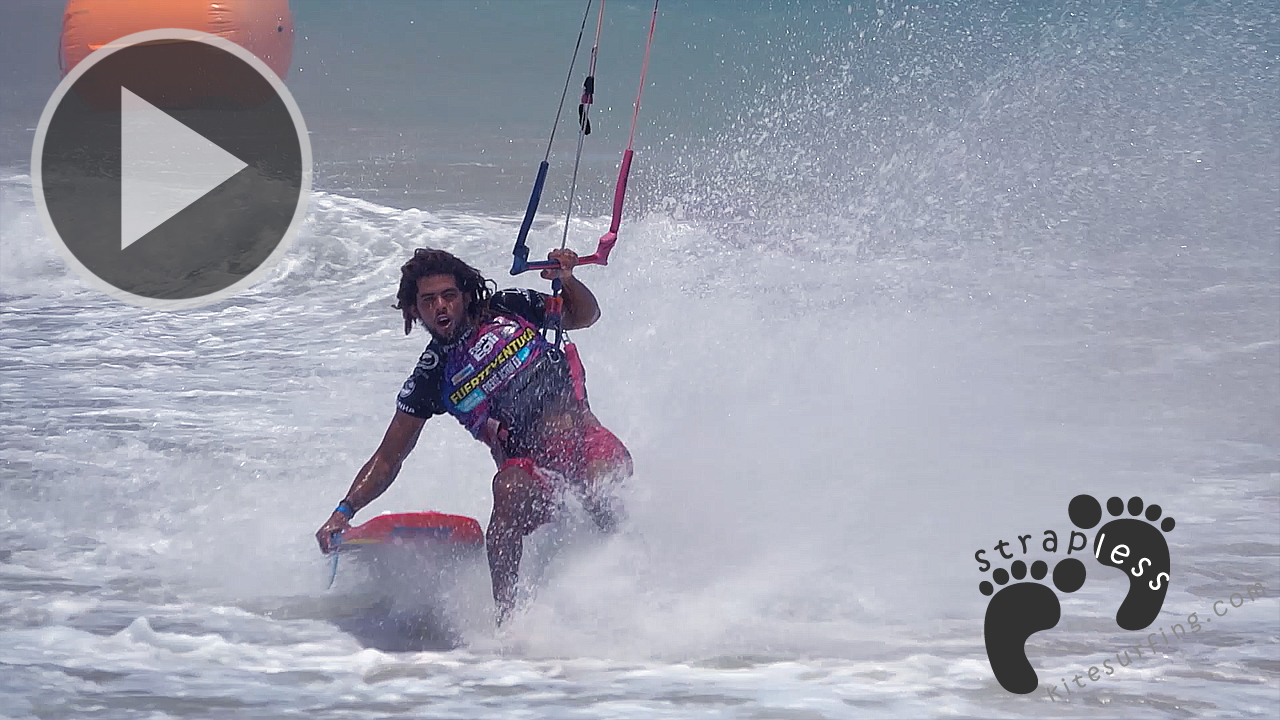 Boarder-X racing gave the crowds one last dose of excitement!

Kiteboarding has the ability to impress, and this event has successfully blended elite and technical competition with a massive spectacle element for the crowd… thanks also in no small part to the excellent Rene Egli event MCs who have commentated brilliantly with information and good humour through each heat. First news from today is the release of two more great edits from the Tillmanns Team, really showing the essence of strapless freestyle.

Highlights from the whole event!

As the wind continued here at Sotavento on Saturday, and as we have such a motivated and fun group of riders on this tour who are keen to ride as much as possible, organisers decided to try a boarder-cross competition, offering yet more varied entertainment. Three heats literally ‘raced’ by before we had one final of six riders. These guys are freestylers, not racers, so the starts were a little chaotic with a ‘bunny’ (judge) running along the beach with a flag – once he’d passed each rider then they were able to start. Waiting for the bunny to come was sometimes too much for certain ‘competitive’ riders.

But in the end it was Matchu Lopes who prevailed in the final, completing the M shaped downwind course that involved jumping over two long sausage buoys and completing some form of aerial 360 over the finish line. Boarder-X has become a sure fire way of keeping the fun levels high at any kiteboarding event, and introducing it to the strapless freestyle discipline was no different. Good skills from everyone and there was definitely a freestyle element to the racing here!

As a fitting end to what has been one of the most fun events in recent memory, a ‘crazy drummer’ band appeared on the beach just after the official closing awards ceremony, causing an impromptu dance session with the riders and crowd. Jan Marcos won ‘Best Spirit’ award – it’s hard to hold him back most of the time!

This event took us all back to the early, vibrant and authentic days of freestyle competition – when progression and technical difficulty was as important as atmosphere and the show.

Congratulations to everyone involved, and we cannot wait until the next round in Mauritius when we’re moving into waves!

Until then, good winds everyone! Find the full breakdown of results on the GKA website, here:
http://www.global-kitesports.org/gka-grand-slam-events/rankings/wave-strapless-freestyle-results/