Saturday saw the promise of a carnivalesque performance from the strapless freestylers as they put on a show right in front of the spectators, really up close and personal at the offshore point of the public Kite Beach in Le Morne. 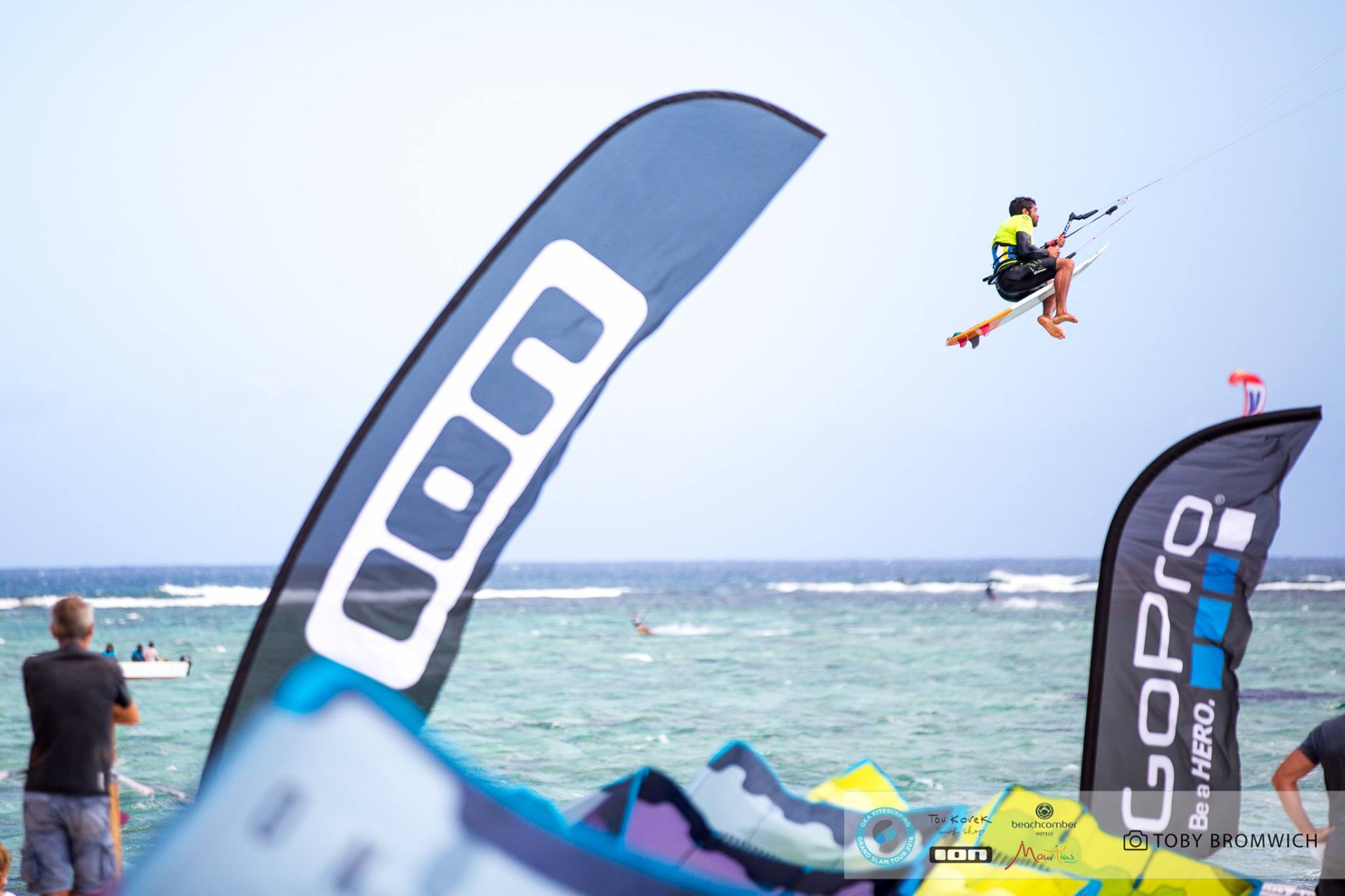 As riders sped in towards the spectators they’d pull the trigger on their tricks just feet away from the beach, firing themselves away from the crowd, downwind into the lagoon.

The beauty of this discipline, but more so thanks to this talented and fun-loving pack of riders who feed off each other’s enthusiasm, is that the crowds can’t help but be absorbed by the action.

17 riders were split into three heats of four and one heat of five, with riders going off like fireworks in an attempt to claim the biggest score in a ‘big air’ category that was judged 70% on height and 30% on high performance / difficulty. 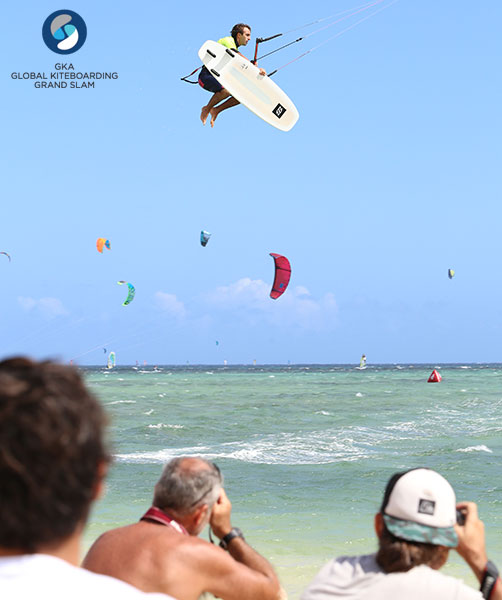 Tour riders Jan Marcos Riveras, Tundra Max and Carl Ferreira kept the beach party well tuned with info on the mic. On the water, this discipline is so technically difficult that it requires 100% focus… but what these guys manage to do is make it look like all they’re doing is having fun on the water.

If you hear of any of these riders coming to a beach near you at some point, make sure you get down there to check out their skills. It’s eye opening to see the direction they’re taking the sport!

The tour’s top four ended up in the final:

Paulino Pereira finally took his first win on tour. Although this big air ‘secondary’ discipline doesn’t count to the overall title, there’s a lot of kudos in winning it between the riders, and especially psychologically in getting one over Airton, who always strives to finish on top.
Paulino is like a firecracker out on the water. By trade he’s an aircraft mechanic for the Portuguese army, but he’s given clearance to come and represent his country at these events. We probably should have applied for air space clearance for him before this final as he earned the win through one of the biggest boosts and controlled board off that we’ve ever seen, somehow holding it all together, piloting his kite one handed to ride away to a massive cheer from the crowd after he’d soared away from the beach just in front of them. 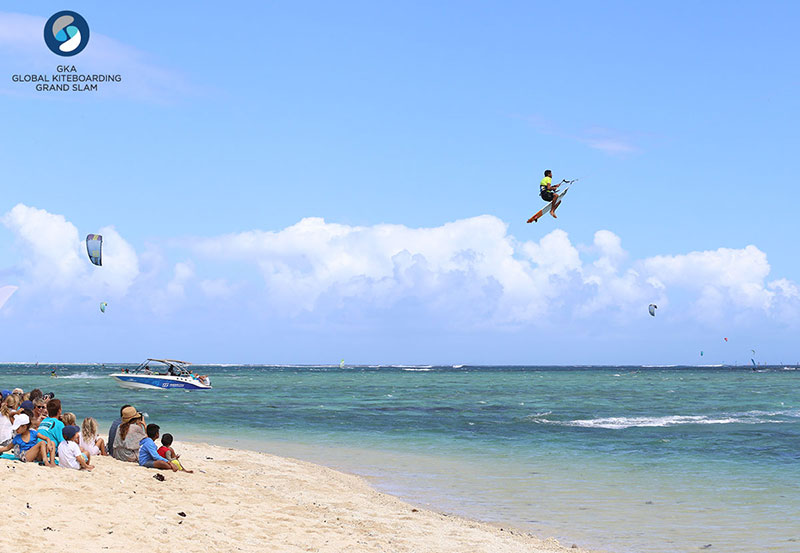 One of his big kite loops here!
Airton landed a big kite loop crazy horse, which was his highest scoring trick, touching down very powered, but he’s getting better and better at being able to stomp powered landings with the progression of each tour stop. In fact he also landed a super neat 315 which, if you didn’t look closely, you’d think he’d been using a twin-tip and participating on the WKL! However, although he scored a 10 for the performance category for that trick, the remaining 70% counting for the big air criterias was lacking. It’s a privilege to see his level though and both the crowd and his fellow riders really appreciate everything he brings to the table. 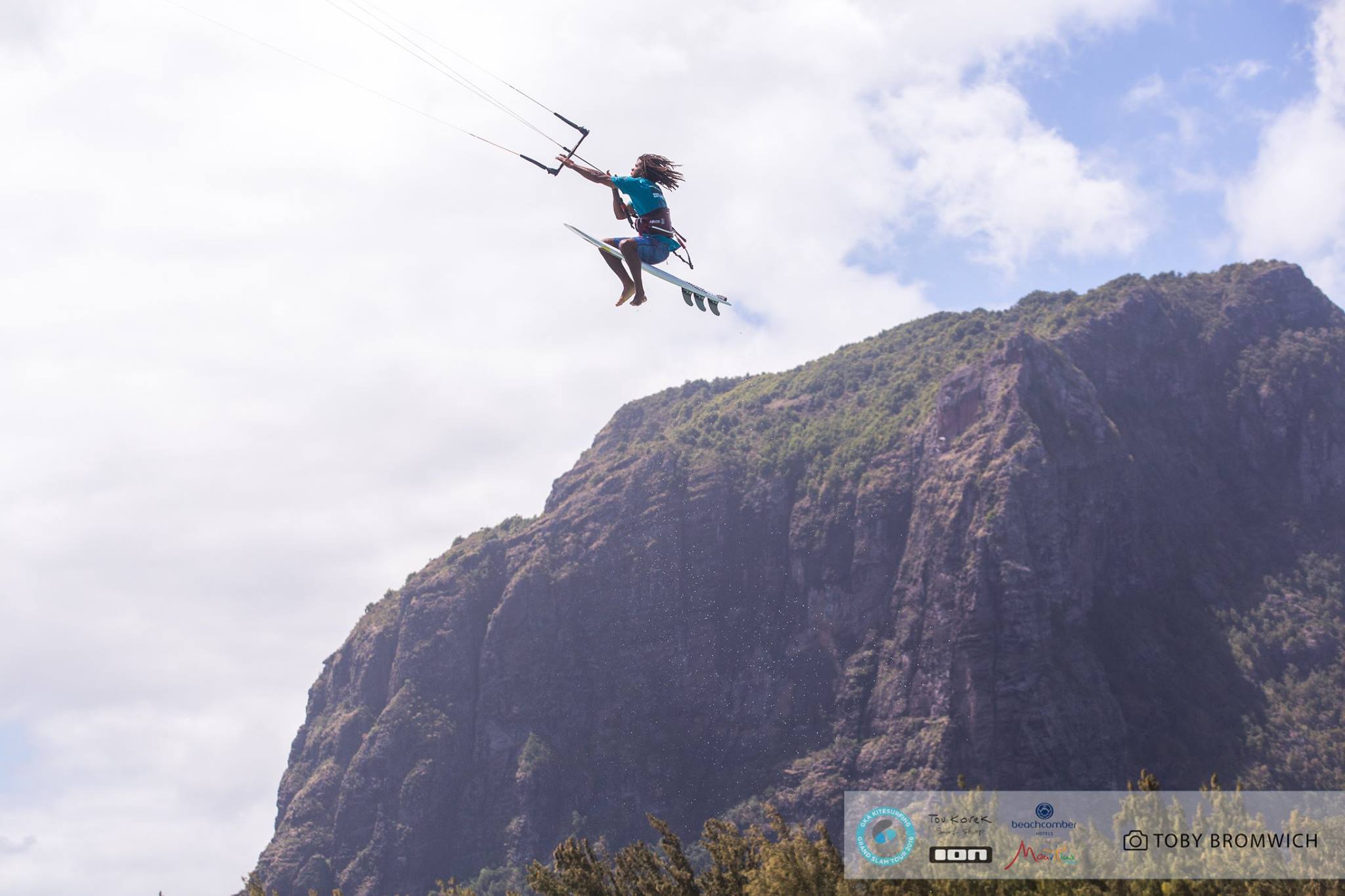 Airton
Matchu looked incredibly relaxed throughout the afternoon’s event. Having achieved his dream of winning here in the wave contest earlier in the week, he was out just to have fun. He spent most of all the heats he wasn’t riding in lying in the water and enjoying the action go down, watching his friends throw down as keenly as the crowd were. He’s a joy to have on the tour, and his double front rolls are just getting so dialled in that it’s ridiculous. He threw a couple of tight ones in to get third spot in the podium. 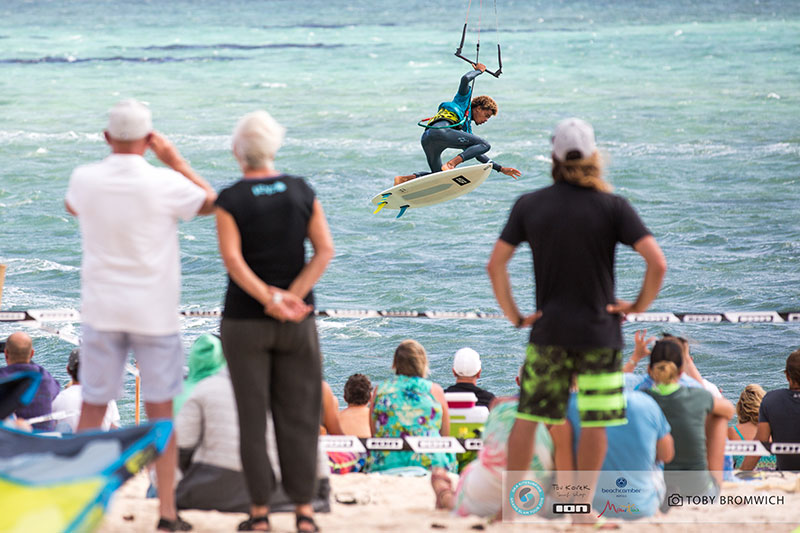 Jan Marcos Riveras has managed to develop a uniquely huge front roll with a style that he’s made his own. Piloting around a big front roll without grabbing the board takes enourmous awareness of the wind and there’s a long moment in the middle of his version of the move in which he gets a much more extended lift than other riders and holds it steady. His cavorting and earning favour with the crowd is one of his increasingly recognisable tricks, but so too is this massive front roll. It got him to the final, but couldn’t quite get him onto the podium. 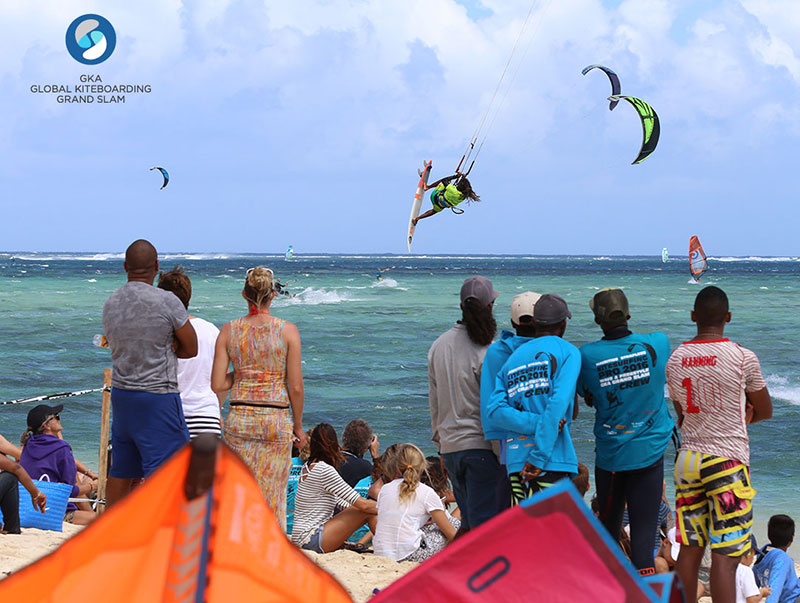 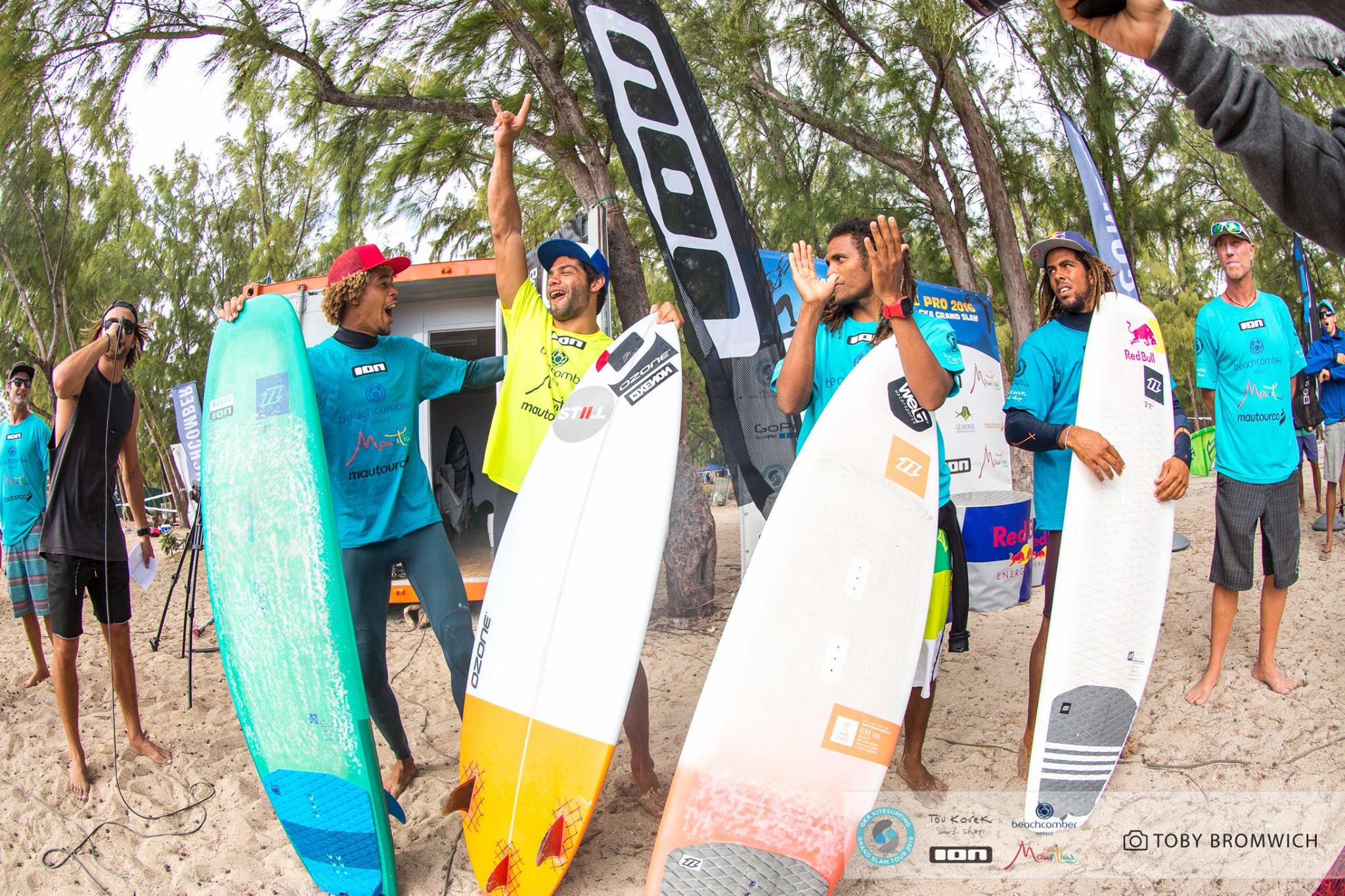