Today, after a couple of days of waiting, we were able to get the competition underway in the late afternoon with the first two heats of the trials going ahead in light, but usable, winds.

Prior to these pre-main event qualifying heats, the 15 riders hoping to make it into the main event were briefed on the judging criteria, which calls for each competitor to be scored out of ten for the variation and difficulty of their manoeuvres as well as the overall impression they make on the judges during their heat. Ideally, 50% of points are to be awarded for strapless freestyle riding and 50% for wave riding but, as the winds weren’t quite strong enough for strapless freestyle tricks, the decision was made to score the heats entirely on wave riding performance. 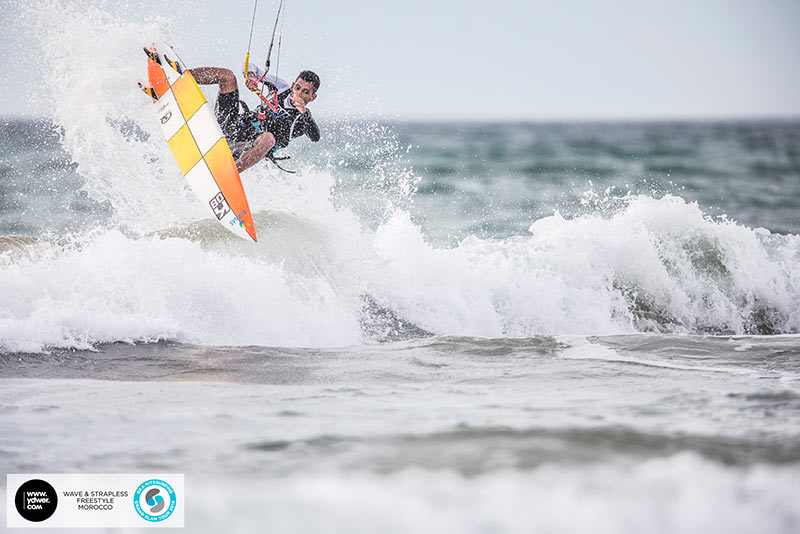 Filippe Ferreira. Although he claimed fourth place in Mauritius, the Brazilian must tackle the trials first of all at this event
Photo: Ydwer van der Heide
There was a tentative start to heat one as the riders positioned themselves in line with the incoming swell and Spaniard Jhon Palacios had a strong start with an unhooked wave 360 before Brazilian Filippe Ferreira took command of the heat, squeezing everything he could out of the variable waves on offer and riding with the same unmistakably powerful style that we’ve seen in his regular surfing across the last two days, linking powerful lip smacks and a very clean wave reverse. 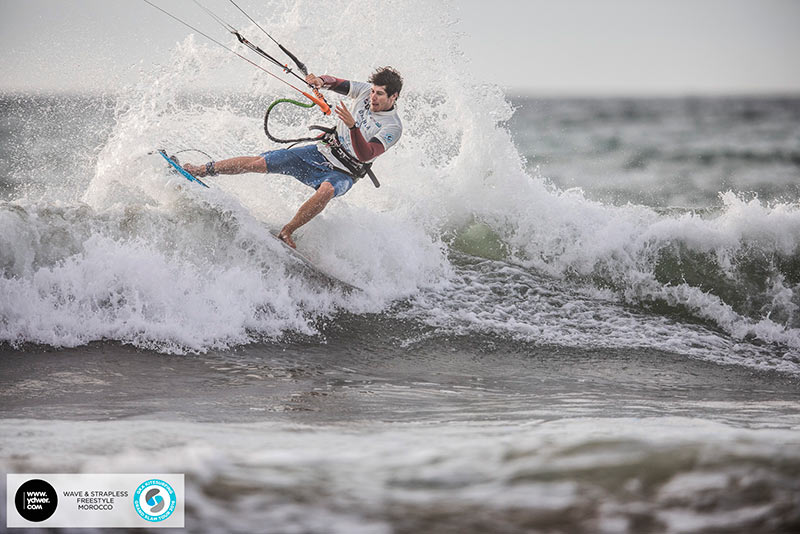 Keahi de Aboitiz, draw him in the trials at your peril!
Photo: Ydwer van der Heide

The second heat saw Keahi De Aboitiz riding well from the start. Despite being visibly underpowered, the Australian two-time World Champion’s ability to create board speed allowed him to consistently blend powerful turns, both hooked and unhooked, as well as a solid wave 360 that impressed the judges. Fellow Australian James Carew also displayed some powerful riding reminiscent of his performance last month in Mauritius despite the steadily dropping wind strength. 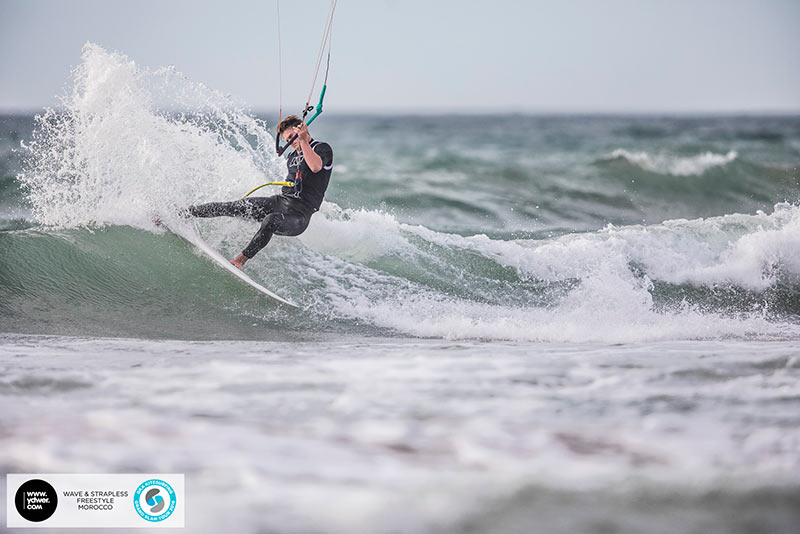 James Carew
Only 11 riders will be able to make it through the heats to the main event here in Dakhla and this will be decided via a points system rather than through heat to heat elimination, so it’s all still to play for. The remaining riders yet to qualify will be heading to the beach early tomorrow morning in order to catch the best of the conditions. 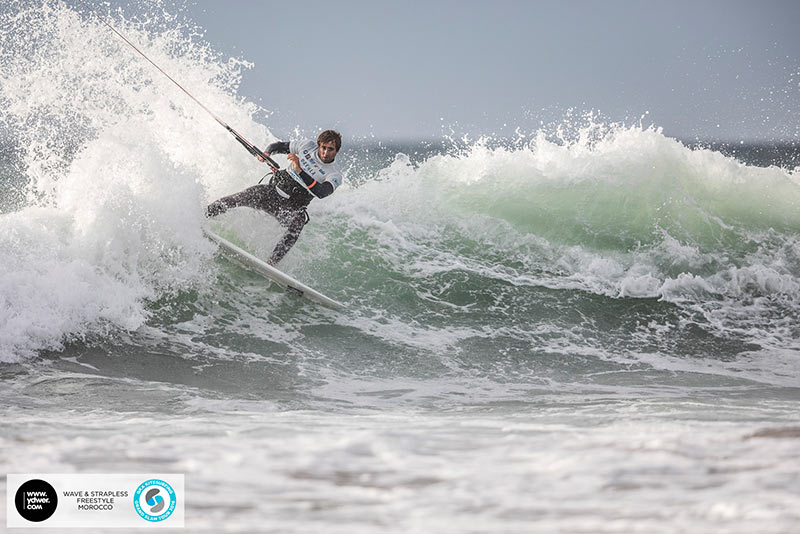 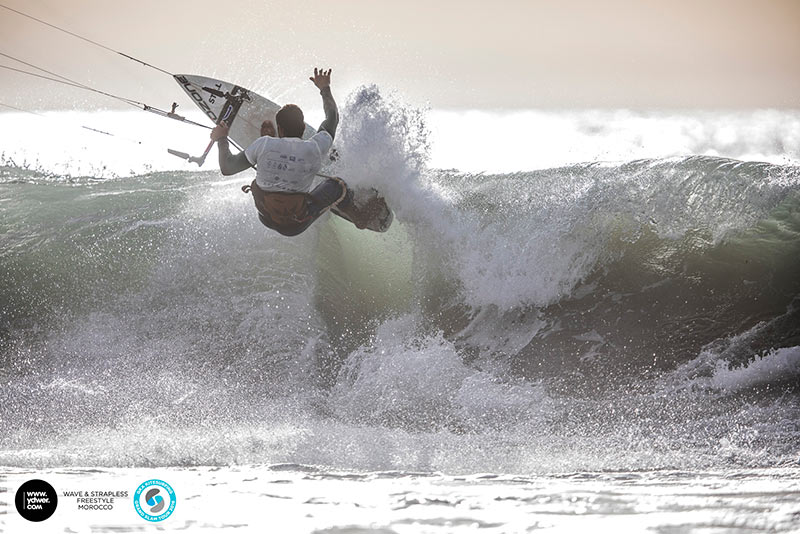 As ever, picking the right wave in your heats was crucial. Paulino Pereira, third overall on the tour pre-qualified, had the luxury of a more relaxed freeride, picking off peaches into the evening
Photo: Ydwer van der Heide 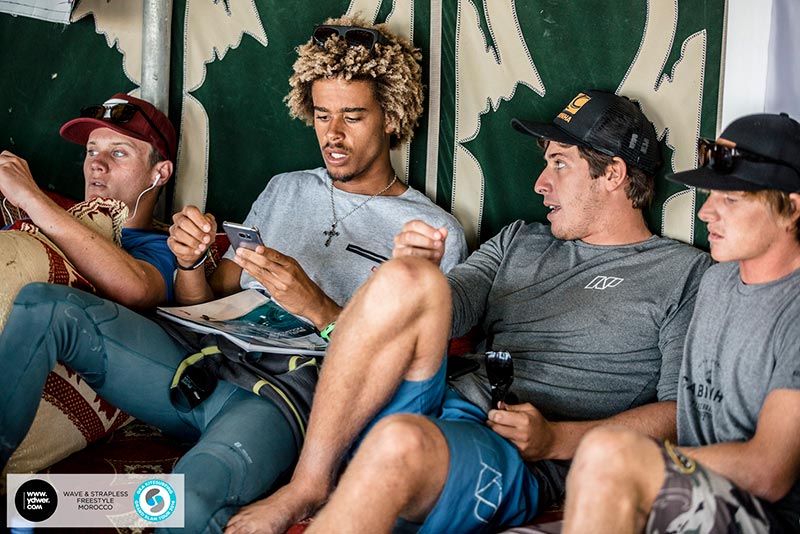 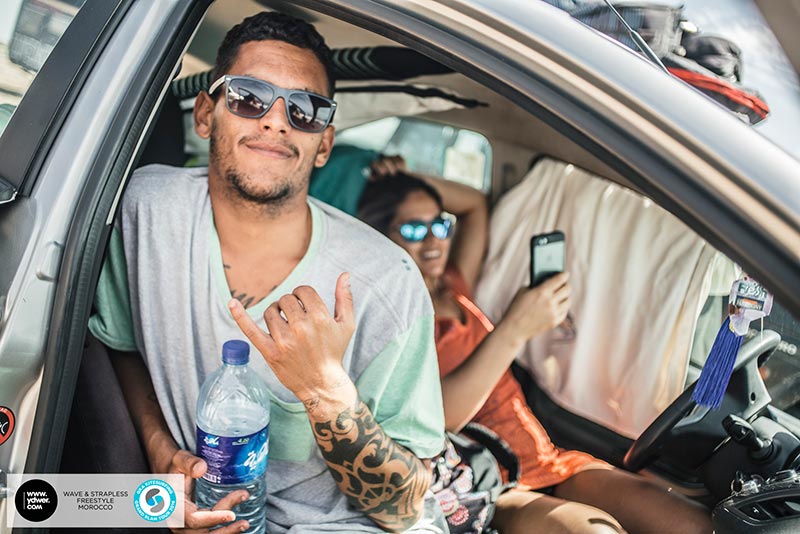 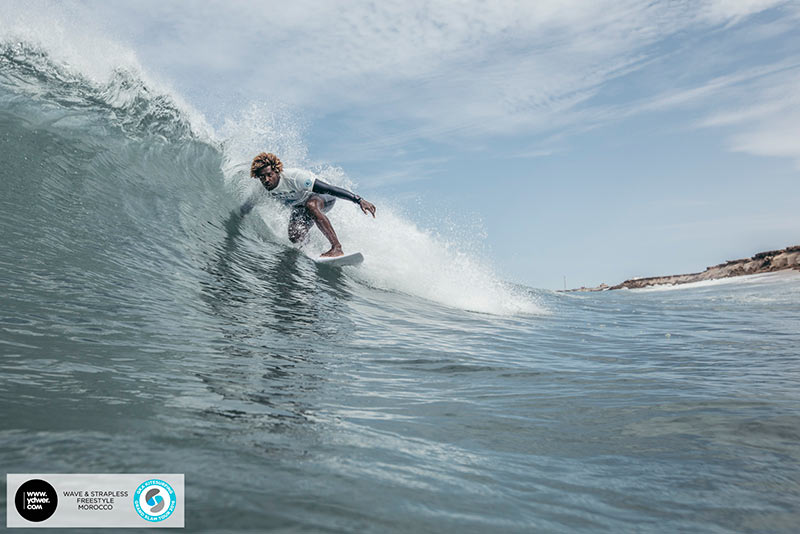 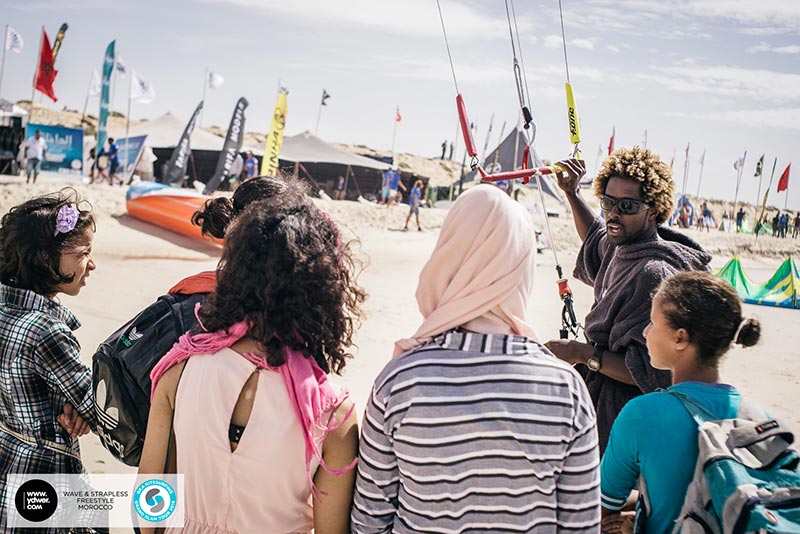 Mitu was also onhand to offer instruction to one of several groups of local school children who have been introduced to kitesurfing by a group called Dakhla Discovery who aim to inspire youngsters through various outdoor experiences
Photo: Ydwer van der Heide 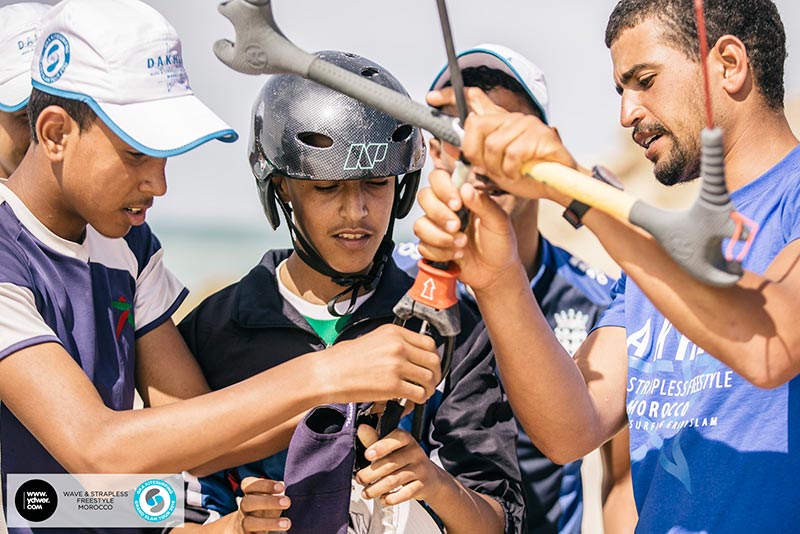 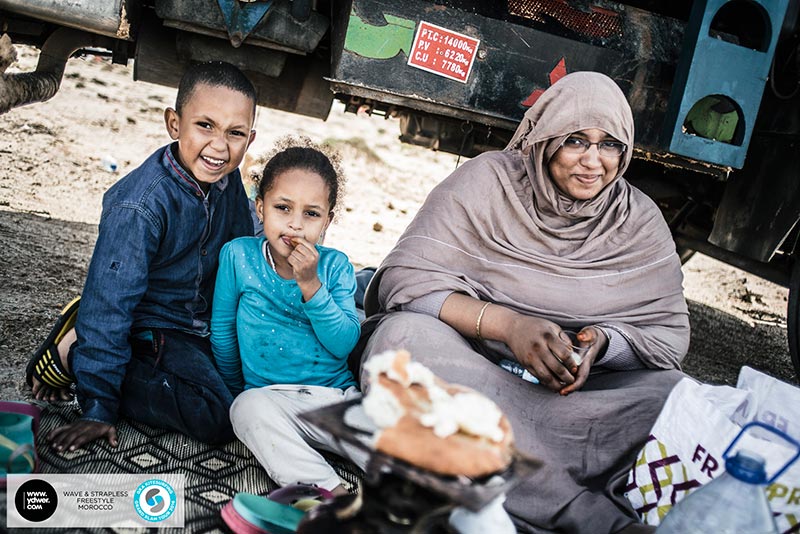 With patience, the local spectators were rewarded with a show
Photo: Ydwer van der Heide 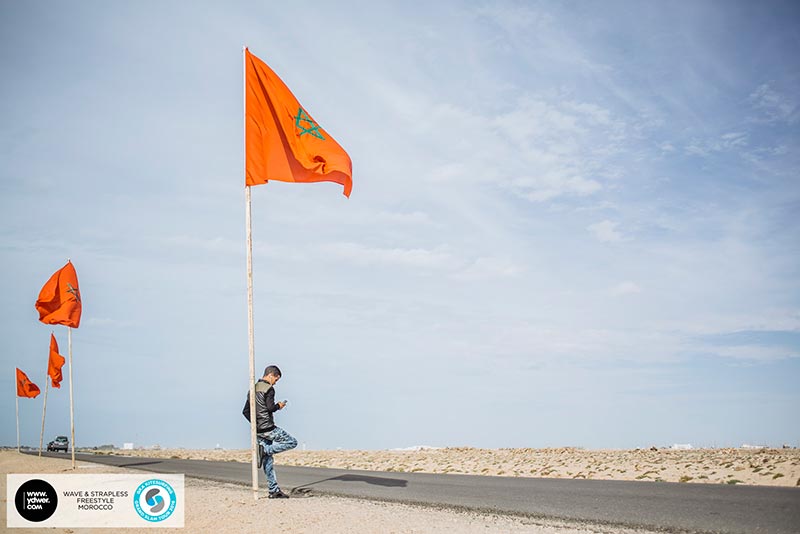 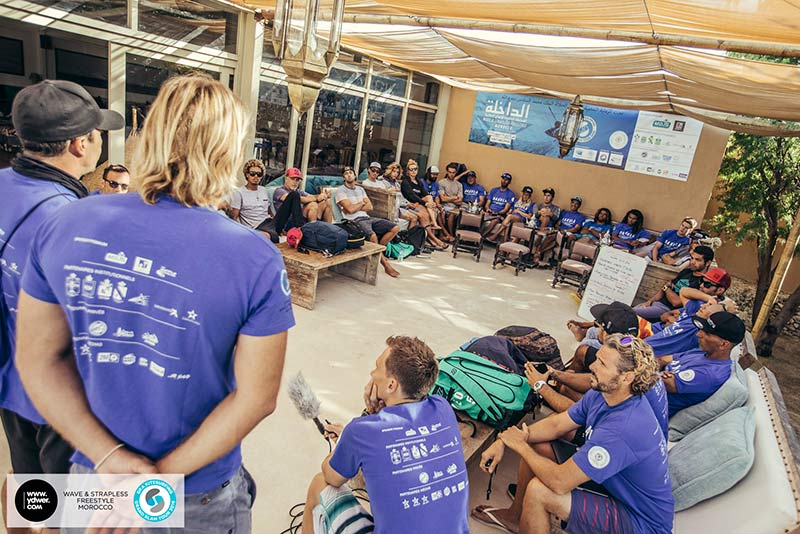