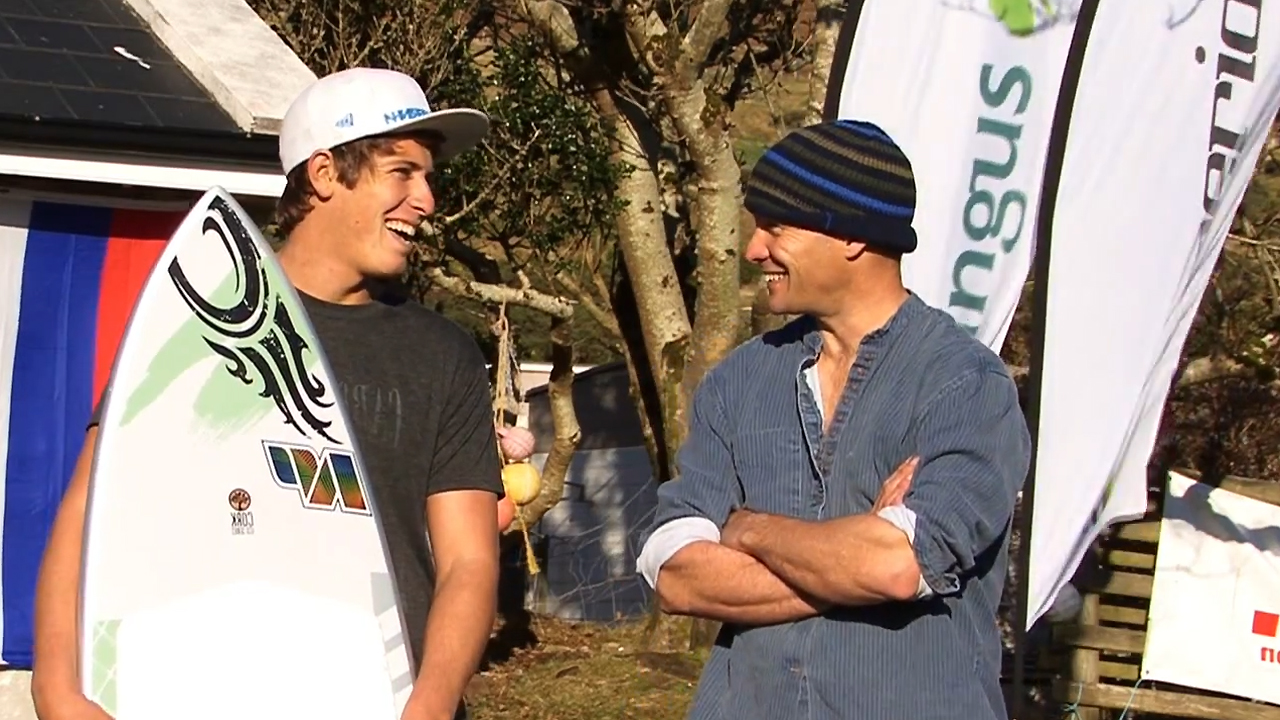 Eoin O’Connell from Freeride  chats to Keahi De Aboitiz 2012 KSP World Champion during the Aer Lingus Kitesurf Pro in Ireland. Eoin and the other orgniser had a few lay days to hang out with the guys and get a few interviews.

The interview is all about strapless moves, Keahi gives interesting tips on several maneuvers.