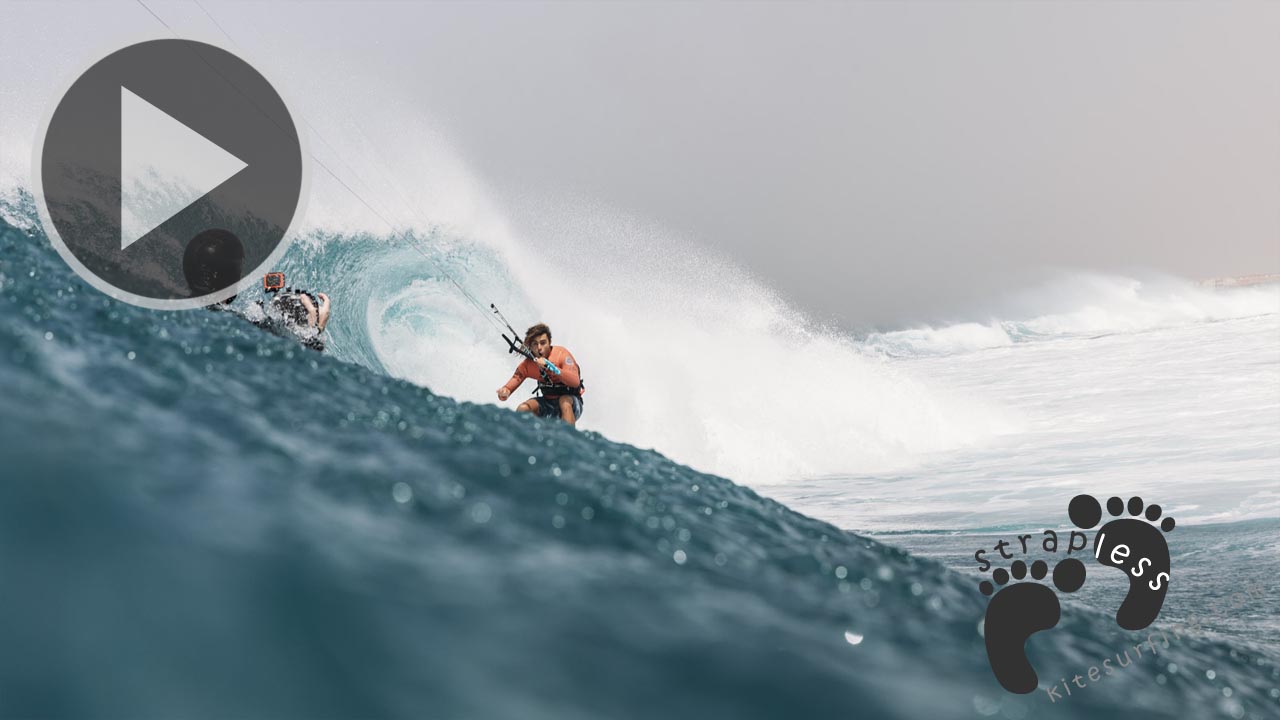 The relentless pace of competition continued yesterday in Cabo Verde as a field of 52 riders was whittled down to just 12 with six men and six women still in the competition.

The waves were slightly smaller than on previous days but they were still in steady supply with solid conditions across another nine hours of heats in the double eliminations.

Nine hours is a long time to stay glued to the livestream, so if you didn’t catch all of the action here are some of the key performances.

COZZOLINO ON THE COMEBACK

Airton’s early exit in the single-eliminations had lit a fire under him and on the evening of day two he was riding alone until sunset, prowling through the Ponta Preta line-up like a caged beast out for revenge. Yesterday he rode like a man possessed. In his first heat he launched huge airs off the lip (no mean feat in offshore conditions) alongside several cover-ups, including the best barrel of the competition so far.

He followed up on that with a perfect ten in his next heat against Djo Silva and then, with two minutes to go, he managed two barrels and an aerial on one wave. He then found a wave with 30 seconds left and tucked ANOTHER barrel to seal the deal. He not only scored the highest single wave of the day, but also the highest combined heat score of event with a 10 and a 9.17!

Mitu is at the top of the table right now having won the singles handily but Airton is absolutely on fire and a final between these two would be something else!

Inês didn’t shine like she might have been expected to in the single eliminations and she exited quite early on day two. Given her ability in the surf and her knowledge of this wave (she lives here), many people had been expecting her to at least reach the final but no matter – yesterday she made up for it.

She was on another level in the women’s division, expertly selecting her waves and intuitively reading each face. She put in powered top-to-bottom turns and took the highest scoring wave among the women with an 8.17 as well as the highest combo of 14.17. You can bet she’ll be eyeing Moona in the top spot!

Reece Myerscough from Canada has to be the most improved rider in the men’s division at the moment. His level has gone through the roof over the winter break and on day three he was riding Ponta Preta with as much power and conviction as the locals. He topped off his storming lip hacks with two olly front-rolls on the wave and he’s the only rider to have done so here in Cabo Verde.

CAVIN GETS COVERED UP

Swiss rider Odile, who lives in Sal, took the first barrel of the event in the women’s division, deftly tucking in to the pocket as the home crowd went wild.

She nearly managed a second one before getting smashed by the lip (it definitely wasn’t down to lack of commitment) but she was still the most consistent rider in her division on day three.