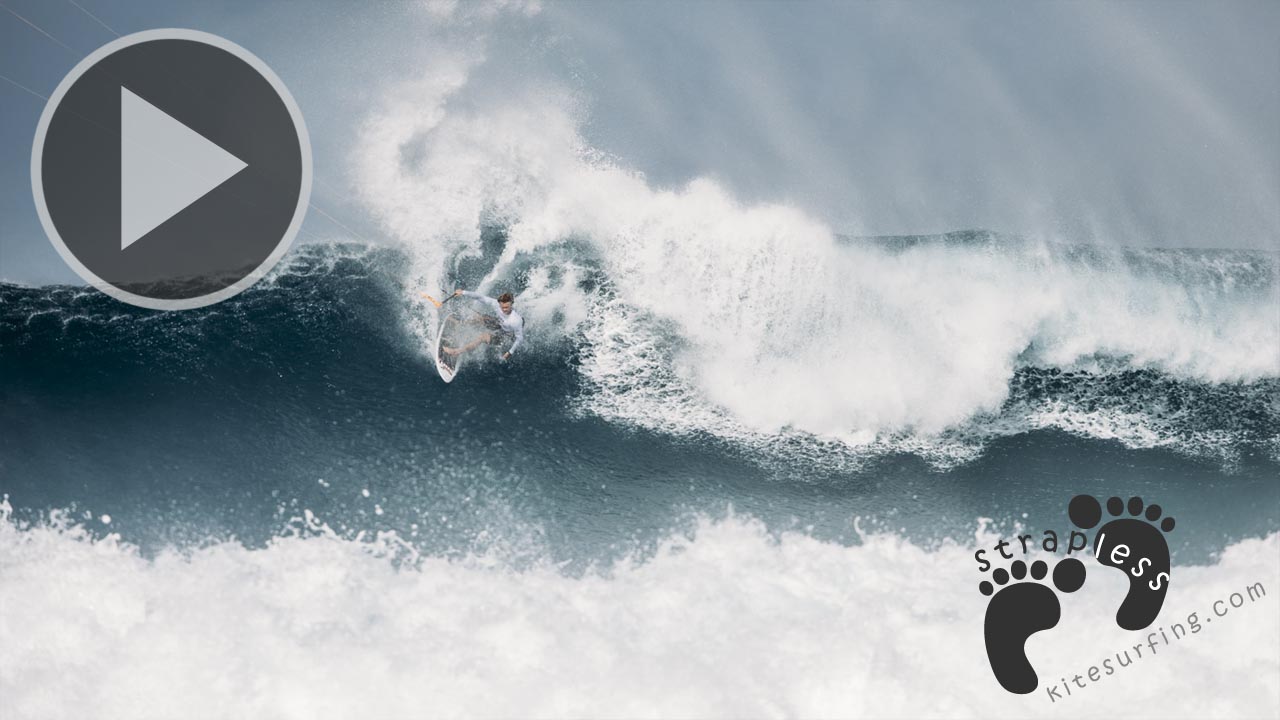 Yesterday we saw another non-stop day of heats as both the men and women wrapped up the single eliminations during nine hours of competition.

The main stories of the day? Well, Mitu Monteiro scored a perfect 10, Moona Whyte made an epic return to competition and James ‘Storm Boy’ Carew underlined how much of a true force of nature he really he is by making it to the final against Mitu. That’s just some of what went down. Here are a few highlights.

James has been a man on fire here at the GKA Cabo Verde. The Australian managed to unseat Airton Cozzolino in the quarter finals (on Airton’s home break no less) in a nail-biting quarter final heat. Airton was leading for much of it with solid aerials off the lip and super-powered hacks but James kept answering back with his muscular, surf-influenced style.

In the last minute, James caught a huge bomb and was able to rack up turn after vertical turn to take the lead with seconds left on the clock. James would go on to face Mitu in the final and, had he not been up against the most experienced Ponta Preta local in existence, he could well have topped the single elimination podium.

Mitu didn’t have the event he might have hoped for last year in Cape Verde but right now he’s looking pretty much untouchable. He opened his account on day two with the highest score of the event up to that point – 9.87 – in his opening heat but in the final he went one better notching up a perfect 10, combining faultless top-to-bottom turns with a barrel (his second of the heat) to take the win against James.

Moona missed the latter part of last year’s tour due to a back injury but she’s back with a bang here in Cabo Verde. Her ability to seek out the critical sections on the bigger faces was unsurpassable and she was the only female rider who managed to get covered-up and ride away from it.

She’s so relaxed out on the water too, never flustered by what her opponents are doing. She finished day two at the top of the women’s division and, at this 100% wave-focused event, she’s going to be very hard to beat when the double eliminations continue.

Matchu was ultra-consistent. He has this wave so well dialled, expertly reading the different sections and methodically seeking out barrels on his backhand. He nearly stuck the best floater of the event so far, and he’s looking very strong ahead of the double eliminations.

After the single elimination finals it was on to the doubles and the men made it through the first round before the conditions began to deteriorate and the heats were halted.