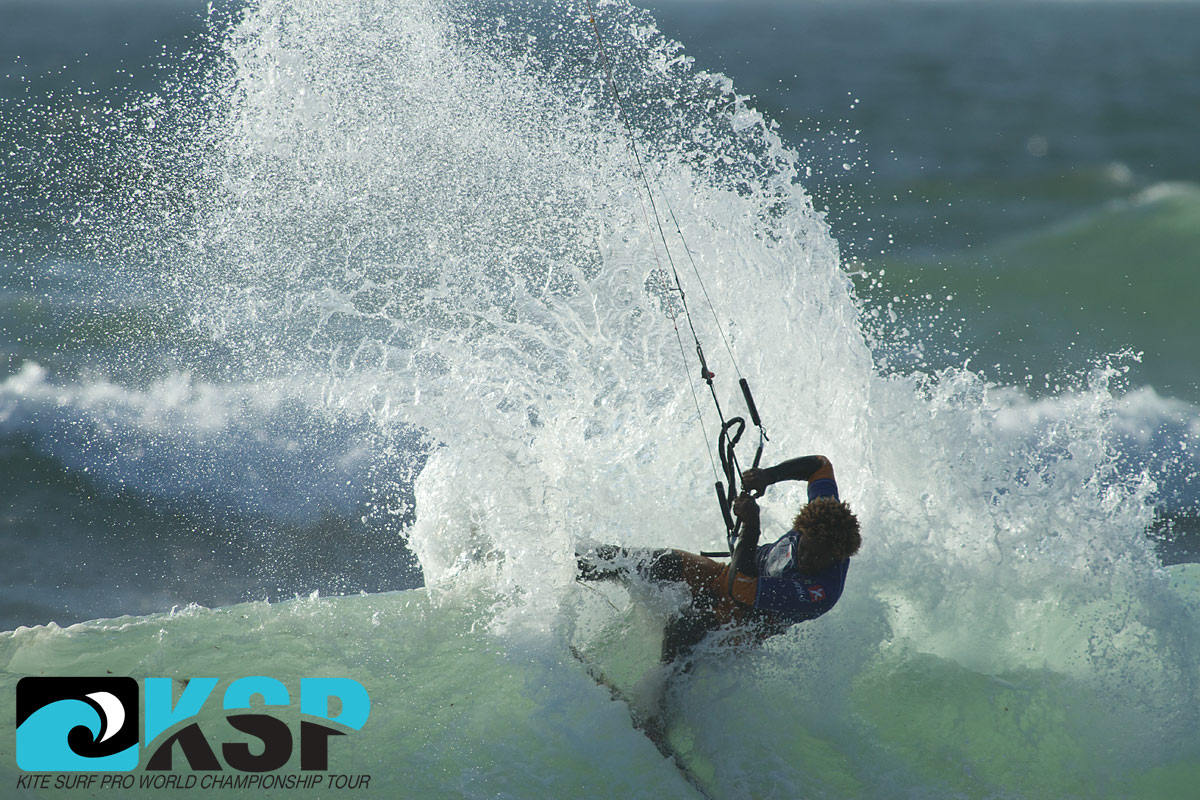 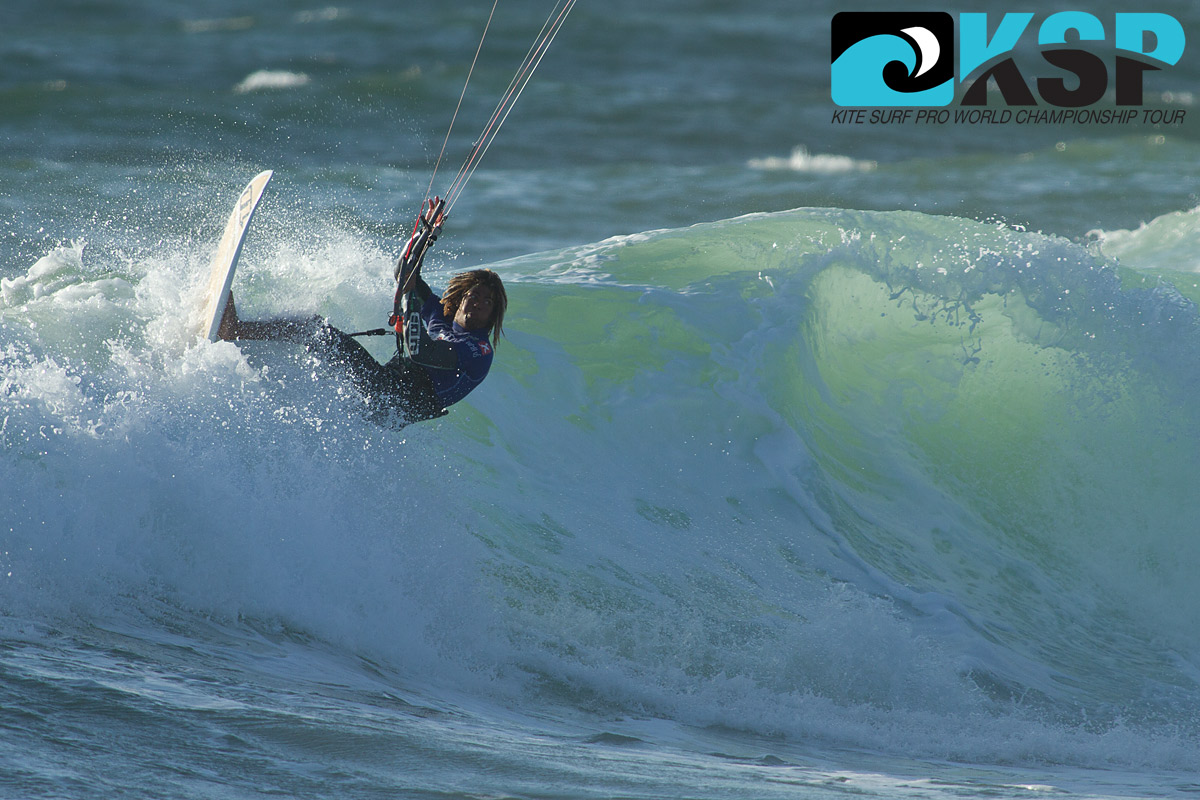 After four consecutive lay days, the event picked up where it left off in the first round of competition: men’s heat six. With fluid top-to-bottom surfing and by strategically picking his waves, Sky Solbach (USA/North) prevailed over Nuno Figueiredo (POR/Best) and Jakop Appel (DEN).  “I just tried to pick my waves wisely in the shifty conditions. The light wind made it difficult, but I’m stoked to make it through to the next round.” said Solbach.

Following the completion of round one, KSP Officials made the call to simultaneously run the men’s and women’s heats in the interest of saving time and taking advantage of the remaining contestable days.

Men’s round two kicked off with an exciting performance by Guilly Brandao (BRA) who took command of his heat with powerful carves and vertical hacks. He earned 15.06 points, the highest heat total of the event so far. Filippe Ferreira (BRA), Jon Modica (USA/Cabrinha), Paulino Pereira (POR) and Bastien Bollard (FRA/Underground) also won their heats and will advance to round three. The wind backed off during men’s heat fourteen and heat nine of the women’s draw, forcing contest officials to postpone the heats  due to less than ideal conditions.

Conditions allowed the first heat of women’s round three to begin, matching the on-fire Ferreira against sentimental favorite Langeree. Ferreira edged out Langeree to take the win and advance to round four of the ladder.

Contest officials and riders will meet tomorrow at 10 A.M. (Portugal time) to evaluate conditions and potential start times for day nine of the competition. To hear the call live, log on to http://www.kspworldtour.com/index.php/live.html

Pictures of the day can be found at http://www.kspworldtour.com/index.php/multimedia/pictures/edp-ksp-portugal-day-8.html.

Here’s the wrap up video :