Watch the video of the day 2.

Day two at the GKA Wave & Strapless Freestyle round 3 in Mauritius saw non-stop action from the start of the day to sundown. Starting from just over halfway through round one, we then whipped through round two which was the dingle round for those riders who finished in second and third in round one, then it was onto round three where the biggest news was the championship leader Airton Cozzolino was dumped out of the contest by local Jeremy Chan! There was barely time to catch breath as the action continued thick and fast as One Eye continued to blow savagely hot, or cooler at times – during certain 15 minute heats riders had to scratch around and show their technicality on some smaller waves to do enough to get through. But generally it was all-on!

Jeremy Chan’s heroic run came to an end in the quarters against Patri McLaughlin, but as Toby Bromwich spent all day on the reef collecting mesmeric moments, let’s let the photos do the talking! 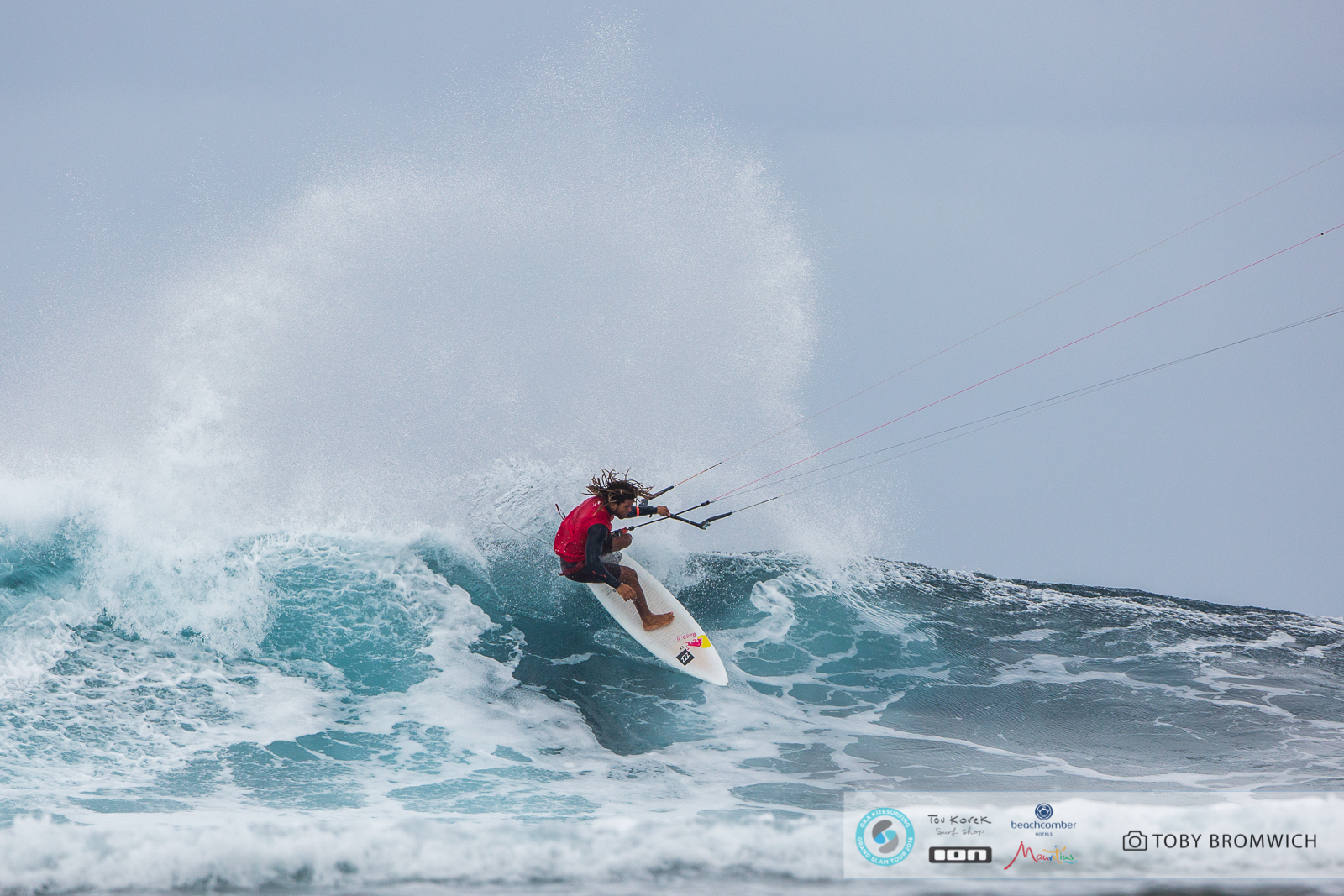 He’s the tour leader and one of the favourites for this comp, but Airton Cozzolino was given an early exit by Mauritian wave champion Jeremy Chan! 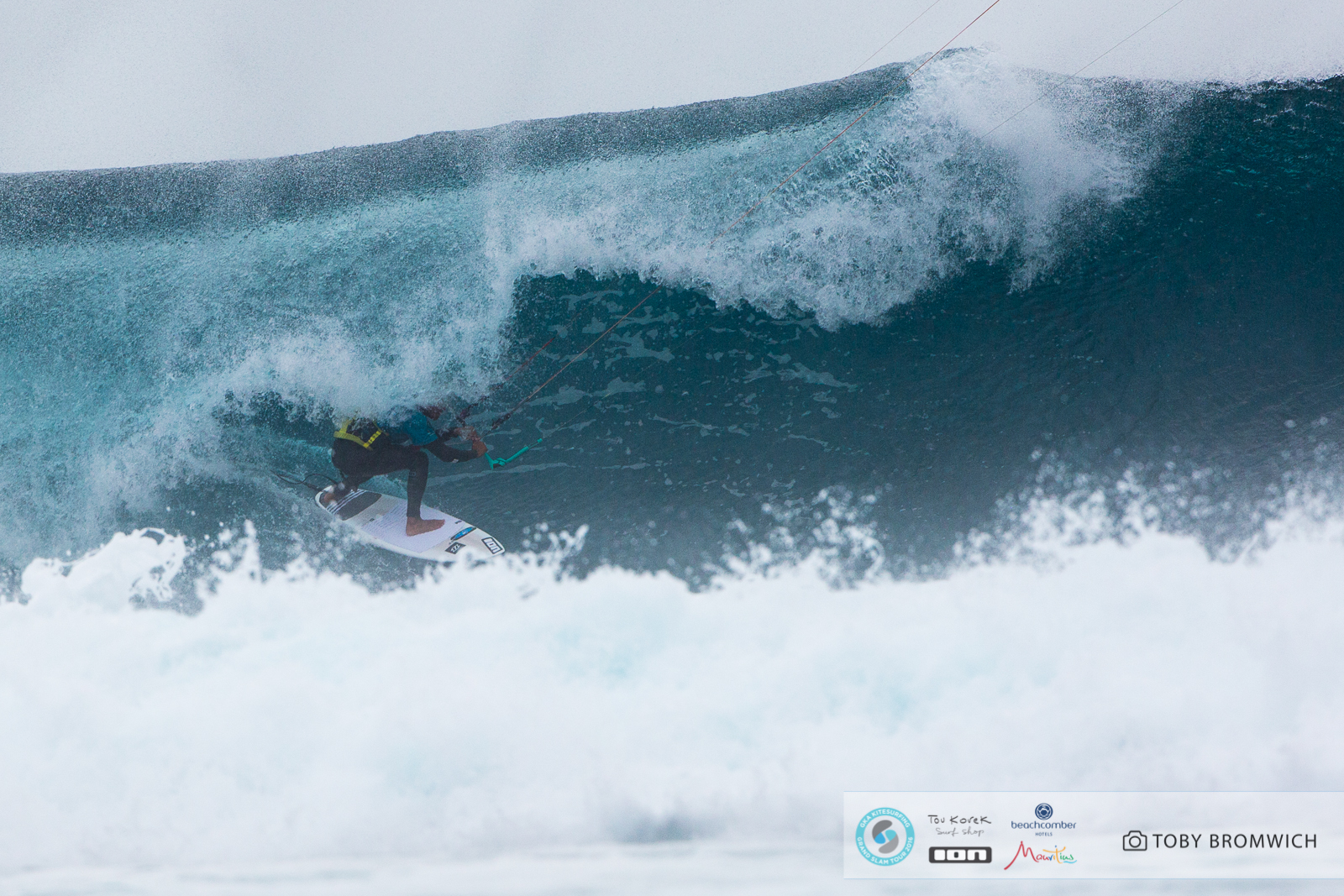 The slayer – the barrel that gave Jeremy Chan victory over Airton

After seeing Jeremy’s killer barrel, Airton said there was nothing left to do but throw airs at One Eye! Okay then! 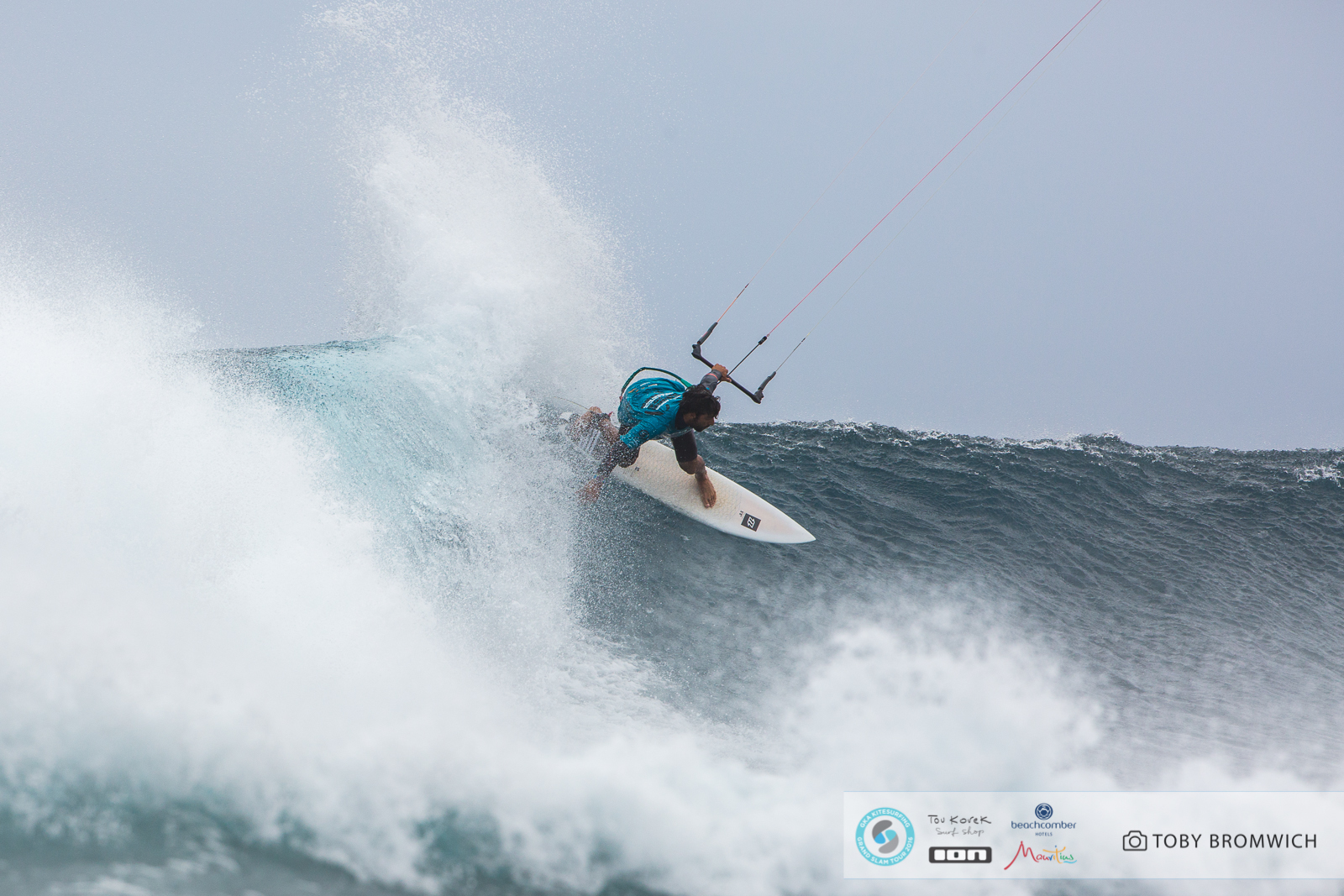 Sebastian Ribeiro, another super strong backhander surprisingly didn’t make it out of round two… but he drew Mitu Monteiro, who was on fire yesterday. 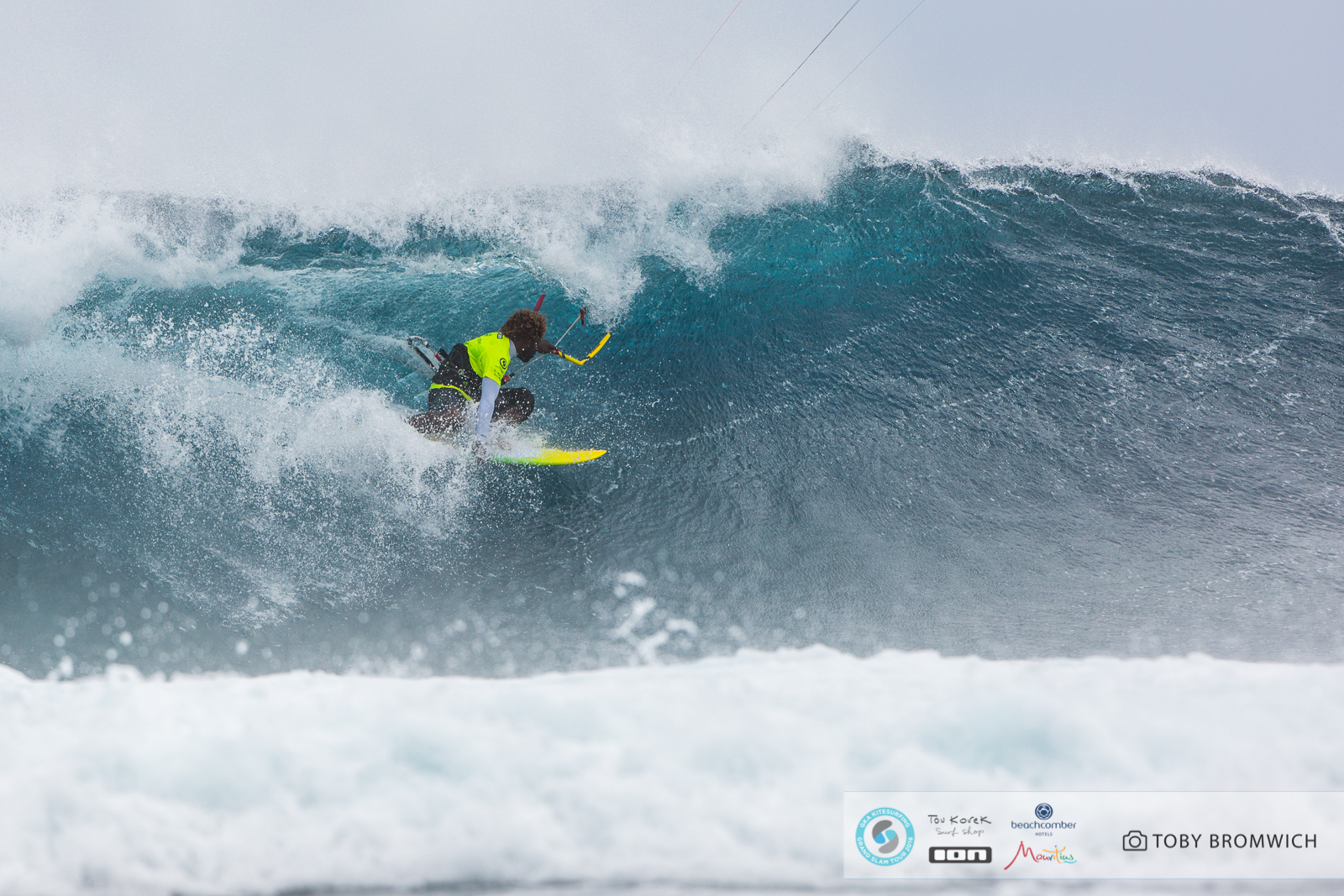 Mitu Monteiro saw off Sebastian in round two, and then came up against Patri McLaughlin in round three who stopped his run, but his contest with Patri was a barrel fest and worthy of a final! 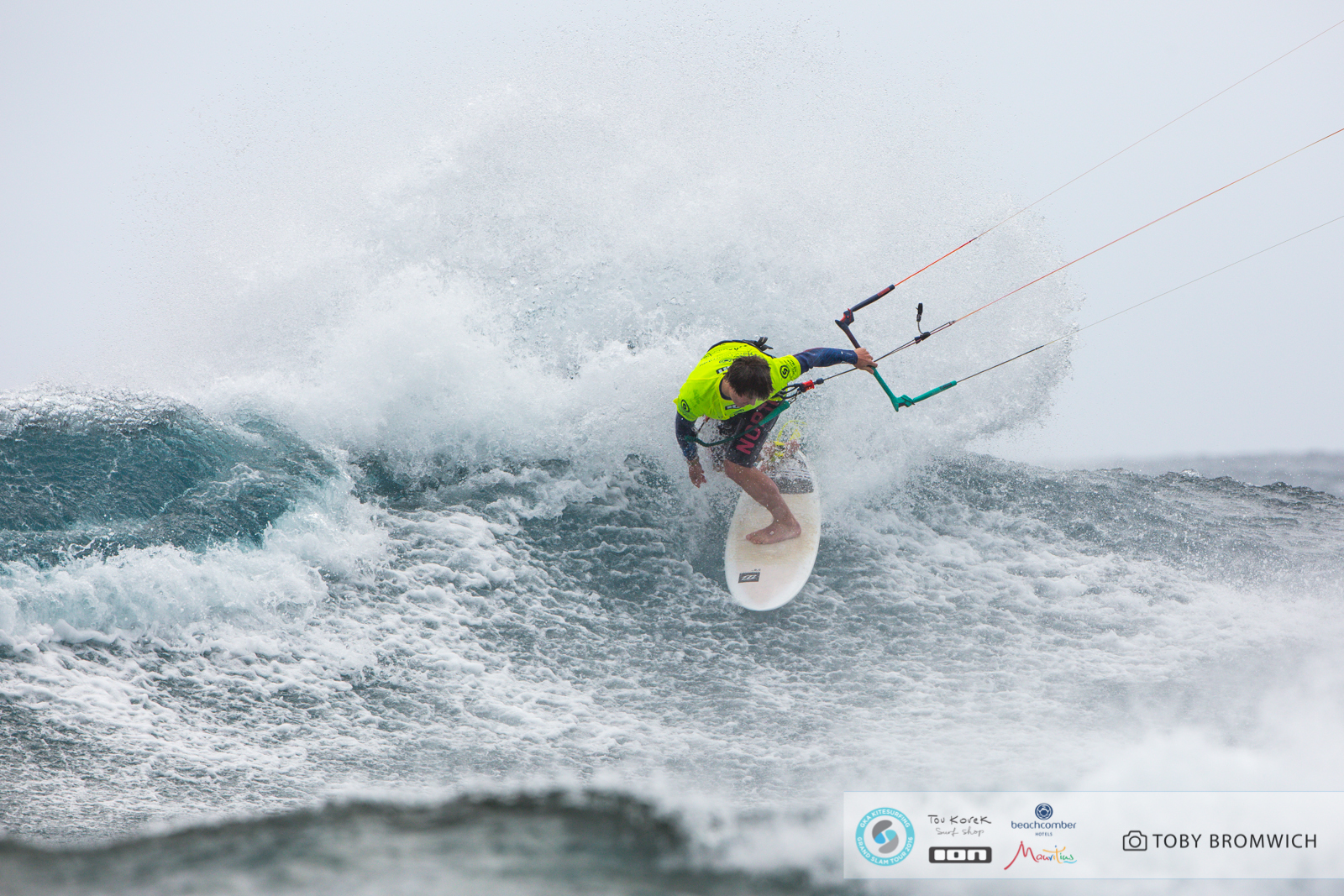 Melbourne boy James Carew has made a strong impression in this contest from the start with a immensely powerful backhand approach. He met countryman and leading contender Keahi de Aboitiz in the quarters. Forced to put it all on the line in that heat, James put his kite down halfway through the heat and struggled to make up the time in a heat that was light on big waves and wind, making it technically difficult. 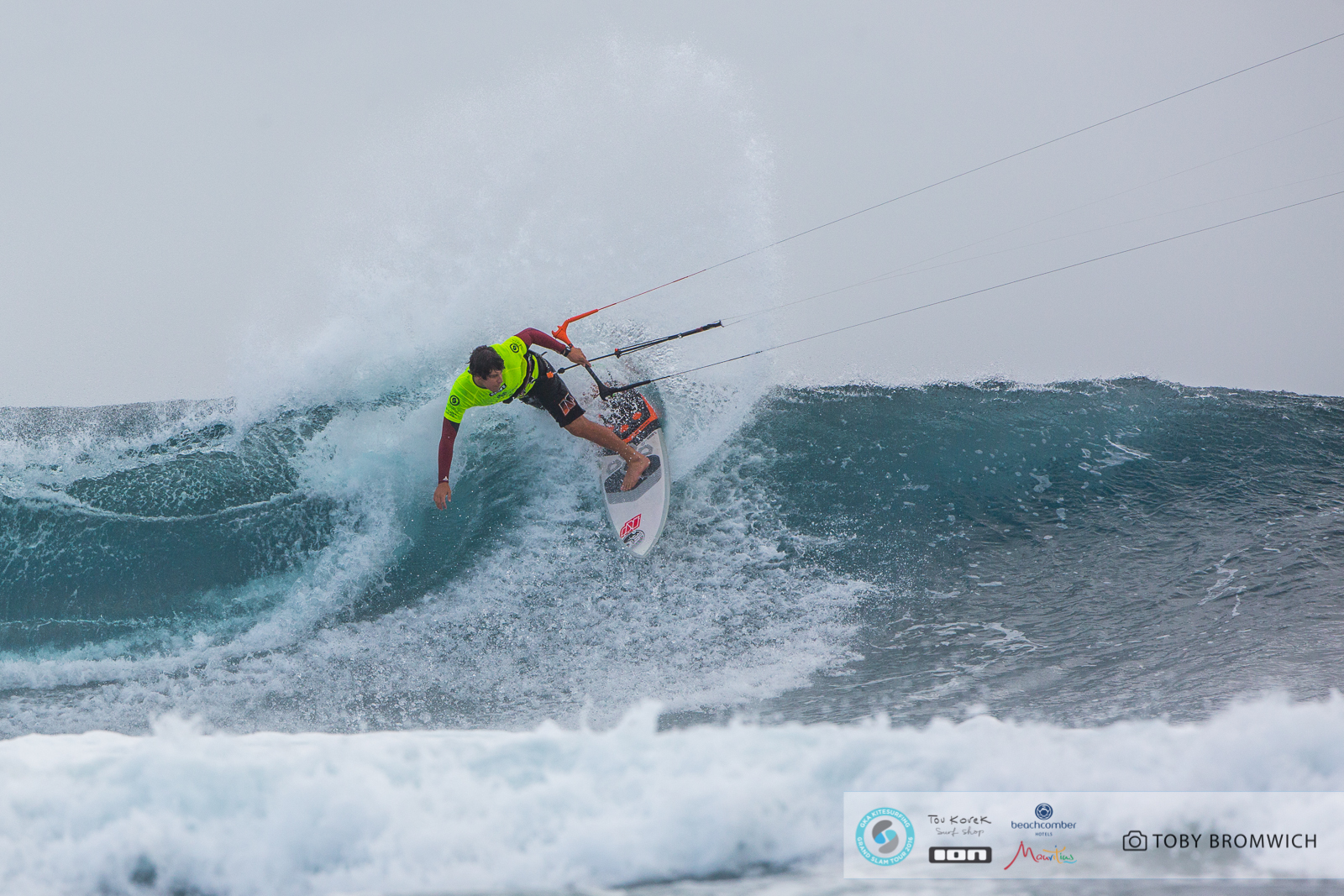 Keahi’s had to work to get to this stage in the competition, often finding his heats plagued by smaller waves, but he’s been competing at a high level since 2006 believe it or not, and knows how to get the most of the conditions and get the job done! He faces Matchu Lopes in the first semi final today. 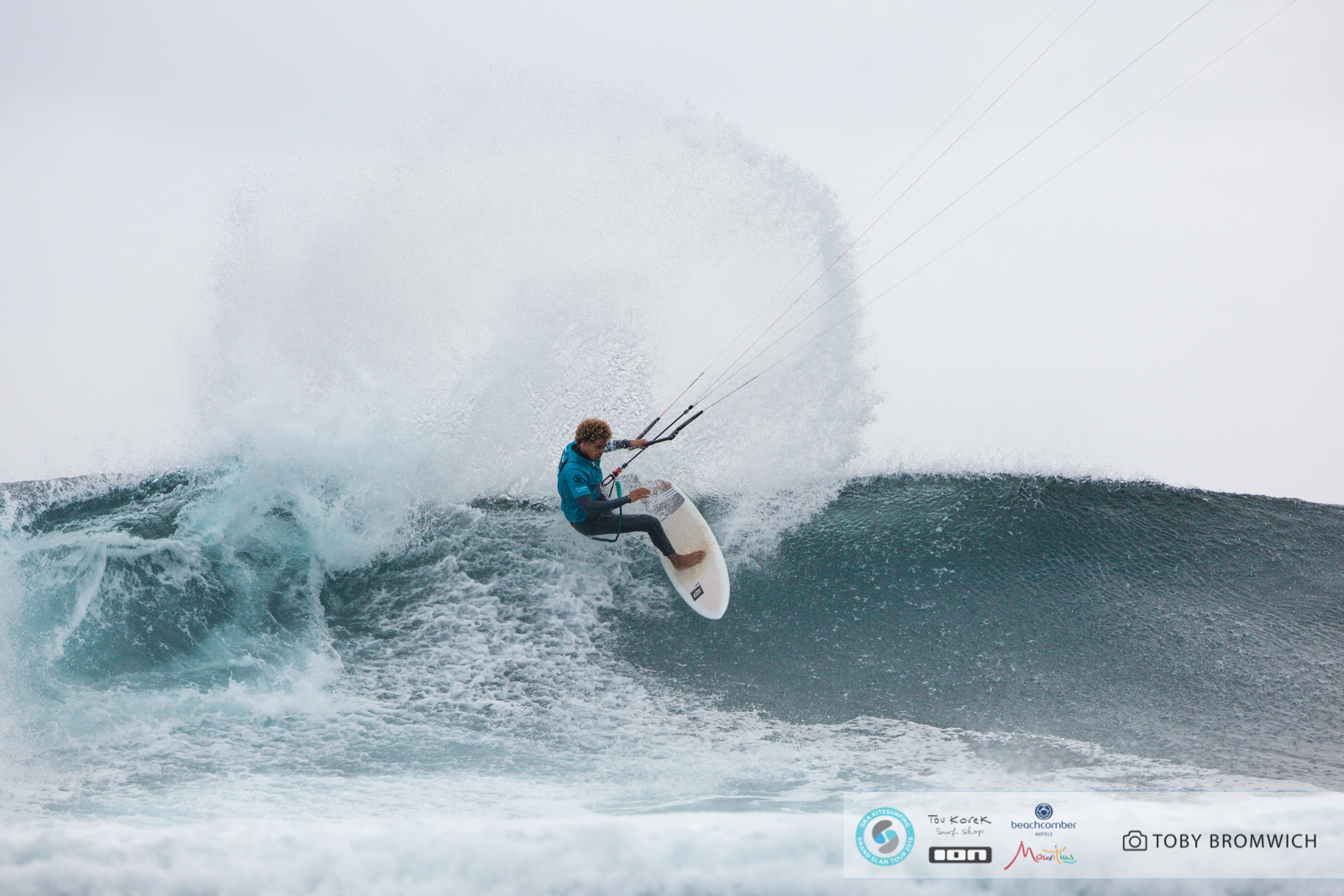 Matchu Lopes was in his element at times today, so focused and just flowing, top to bottom, top to bottom. Photographer Toby Bromwich was at the reef all day today and reckons that Matchu must have had one of the rides of the day with six or seven turns. He really stepped up today. He met Reo Stevens in the quarters. Reo himself had sailed through to that stage but suffered with a fever just before the heat and was clearly not right. Taking nothing away from Matchu though, he was on fire regardless. 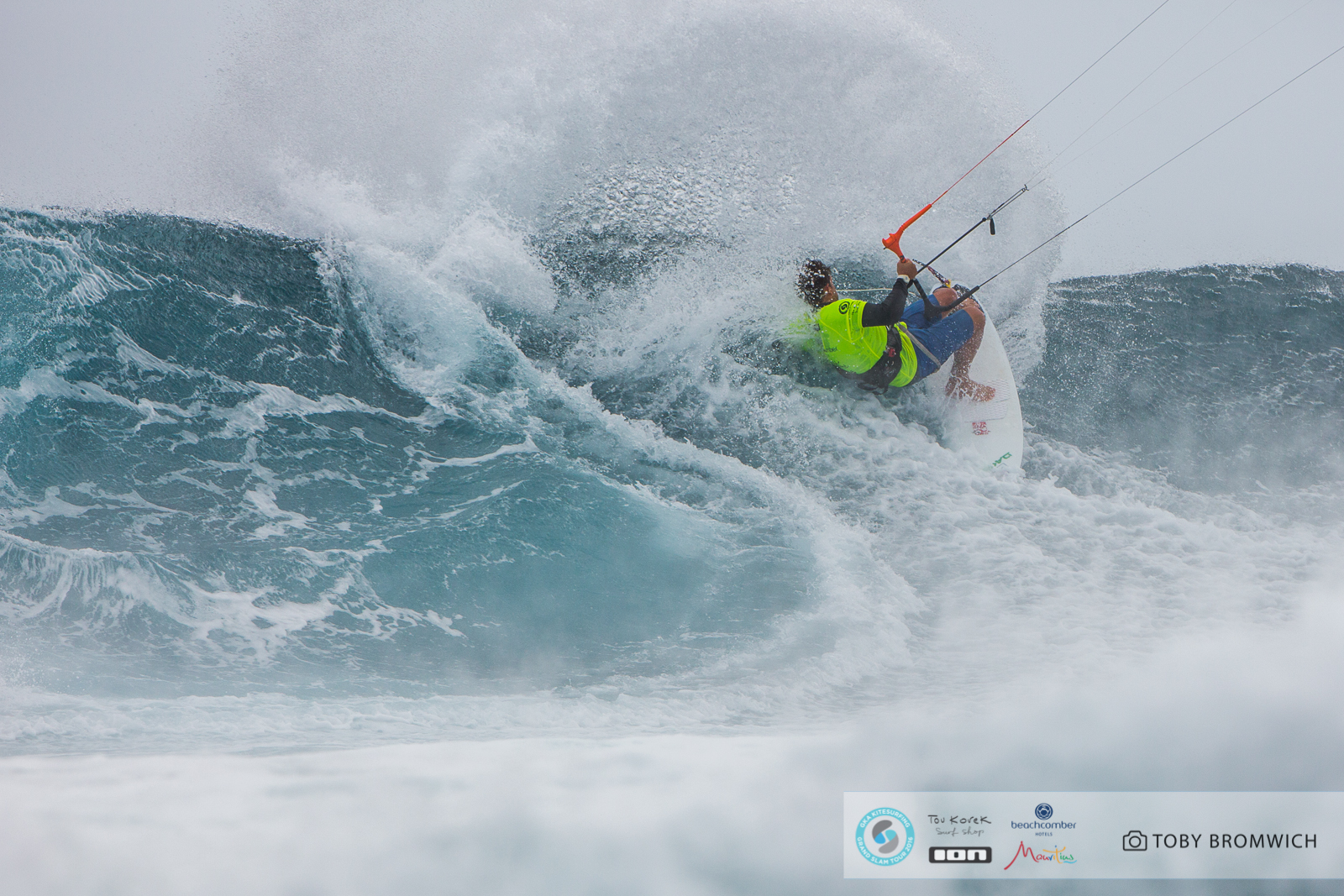 Yeah Reo Stevens was charging up to his heat with Matchu all right! Pow! 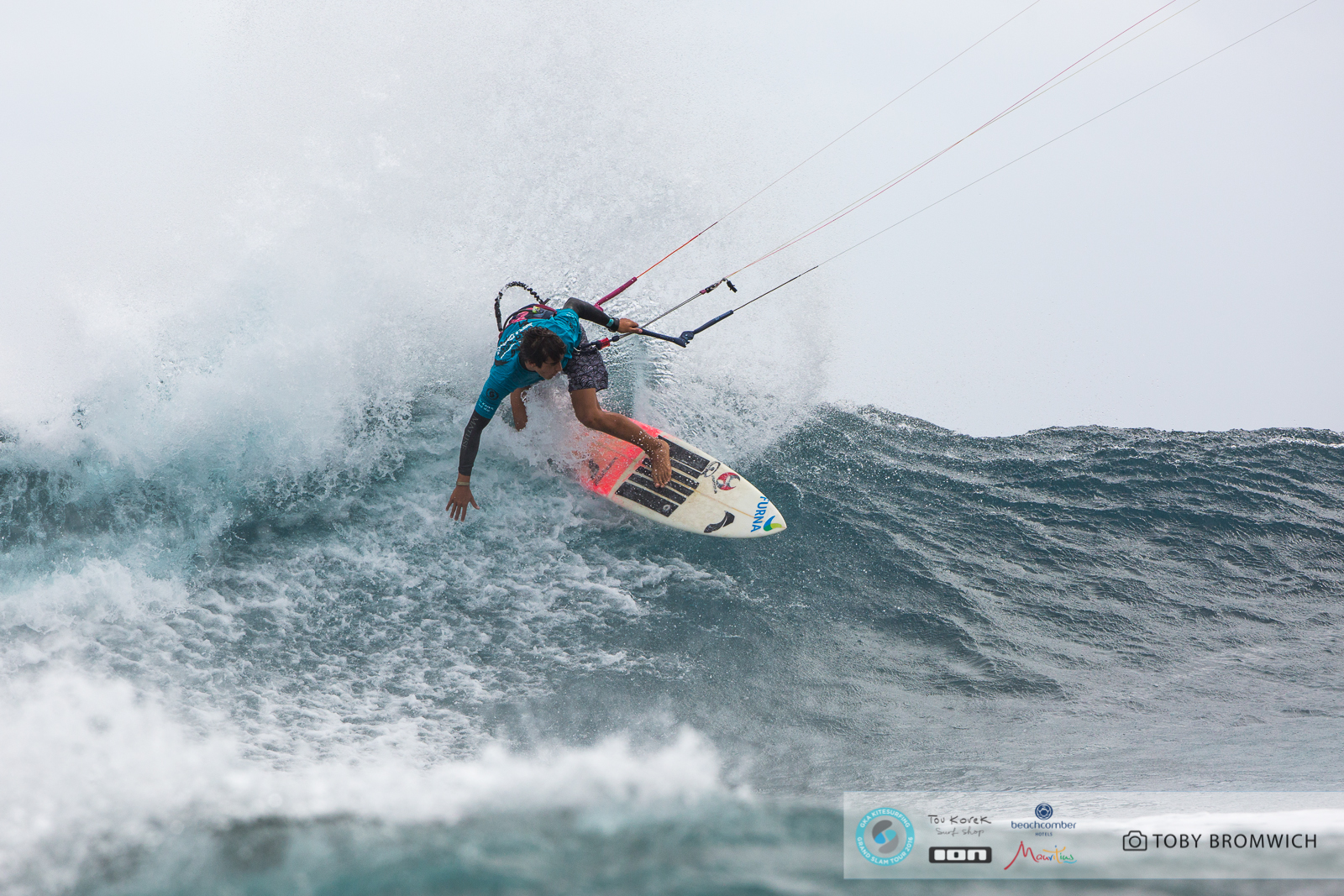 Felipe Fereira from Brazil has made it to the semis to face Patri McLaughlin. Perhaps Felipe isn’t as emphatic as some riders on first impression, but his technical understanding and ability to always exhibit incredible control and dynamic flow with the wave is incredible. His heat with Paulino Pereira who currently sits in third in the championship was super tight and fought out in the marginal winds in the last heat of the day. Someone had to go… 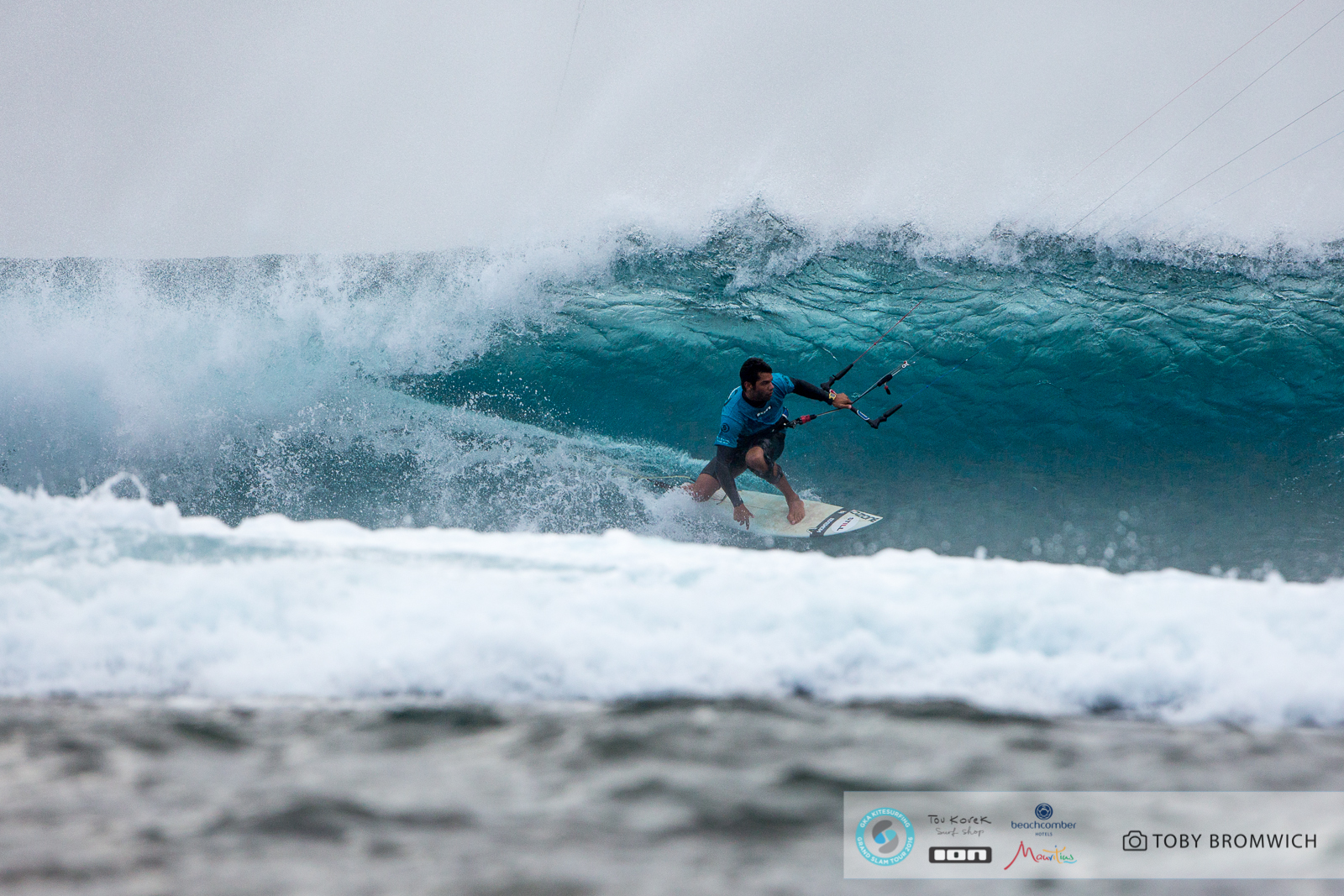 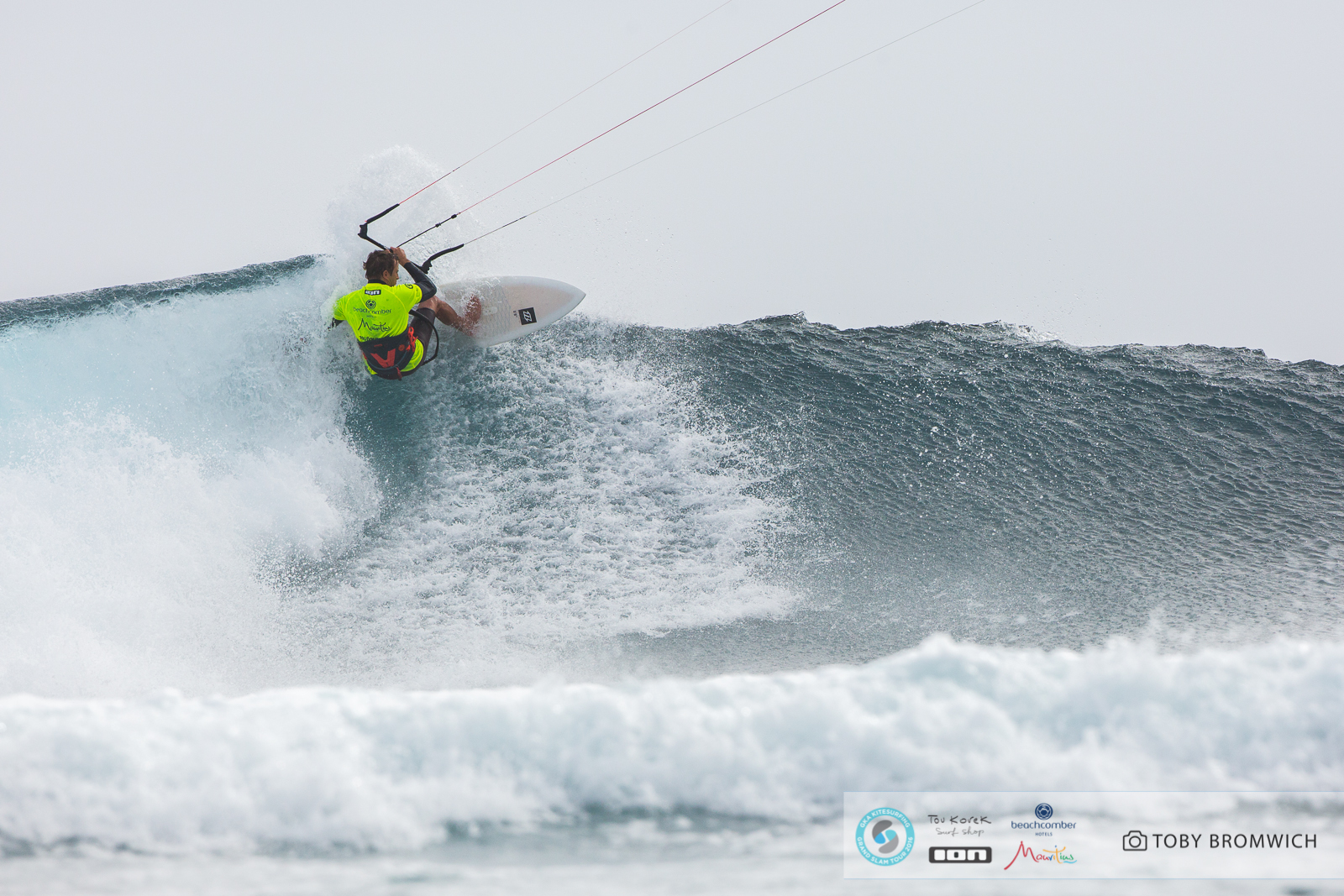 Patri McLaughlin, always super tight round here, bringing an incredible confidence in these conditions from Maui where he’s charged all winter. 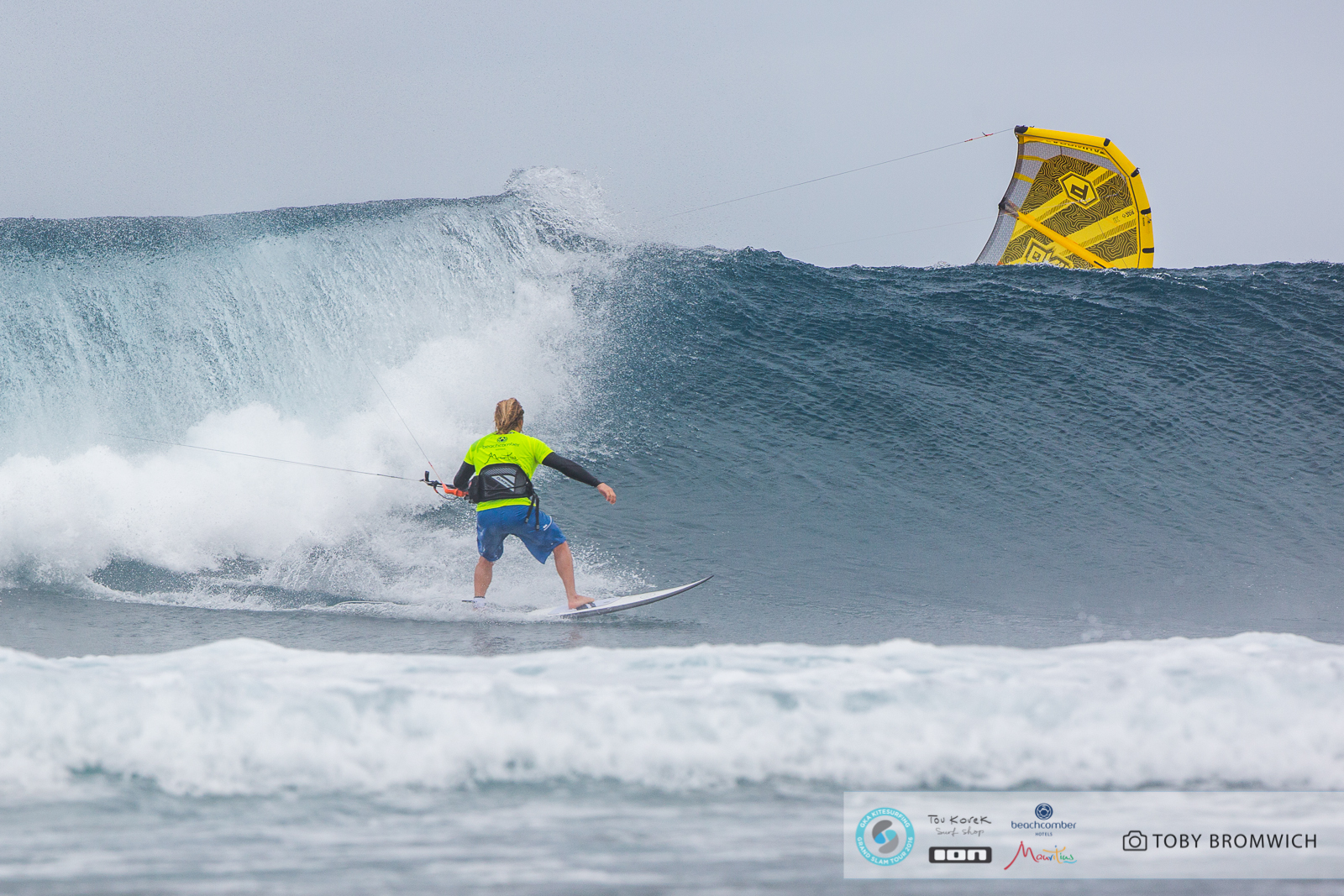 It wasn’t all glory days as One Eye takes no prisoners! 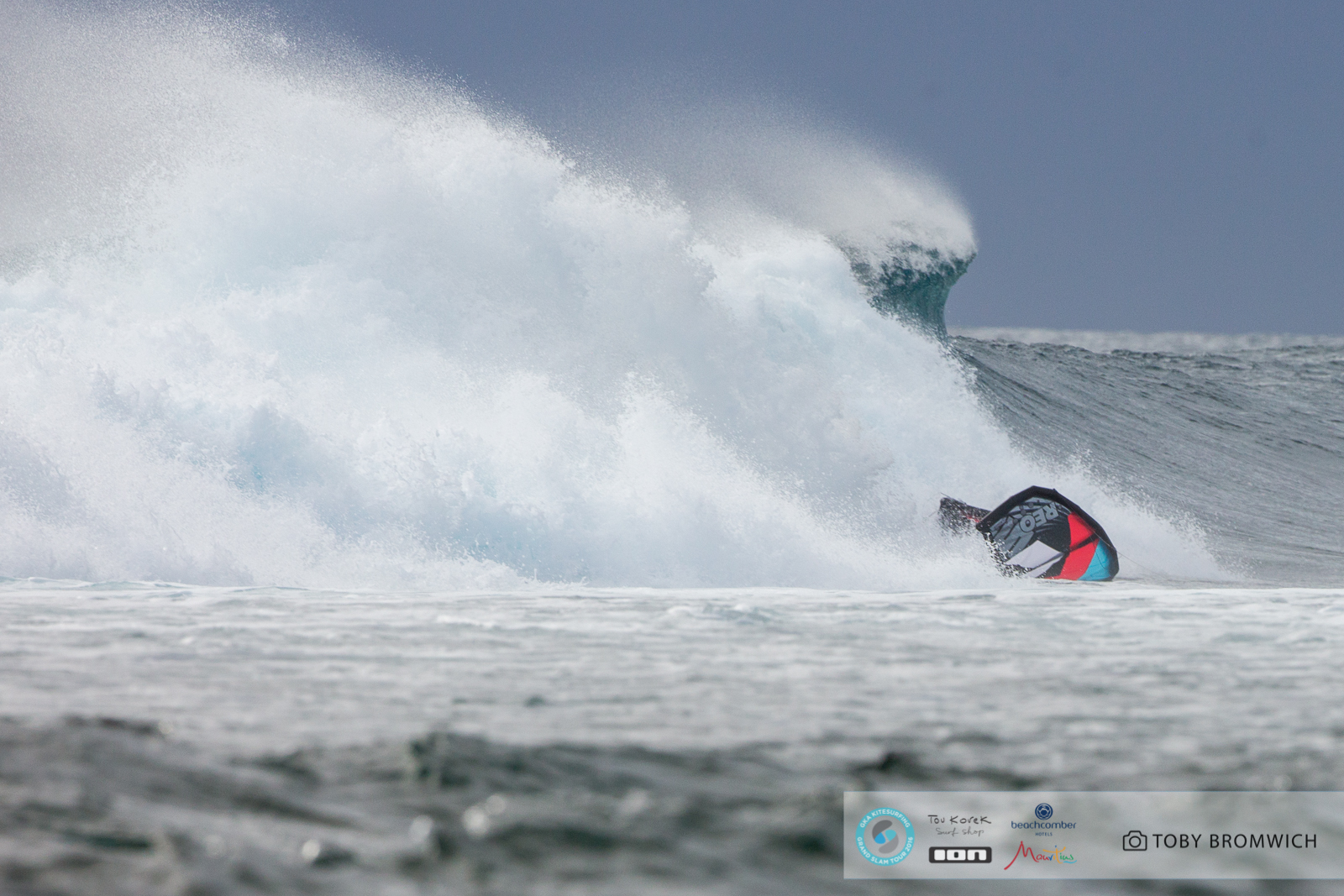 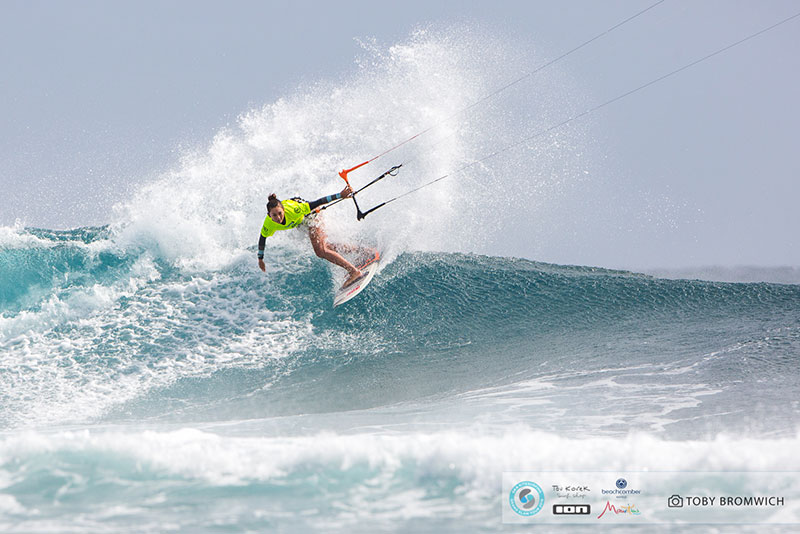 In the steps of pros – Cape Verde // Strapless Kitesurfing