Congrats Keahi and Moona ! The Cabrinha team riders hold the 1st places at the KSP Maui 2013

The fifth and final day of the Cabrinha Kite Surf Pro Maui kicked off with blasting trade winds and overhead surf. Men’s and Women’s champions were crowned today on Maui’s north shore following an intense day of competition.

The women’s quarterfinalists were up first in a building northwest swell and solid trade winds. Advancing into the semi-finals were Moona Whyte (HI/Cabrinha), Ines Correia (POR/RRD), Jalou Langeree (NED) and Milla Ferreira (BRA/F-One). Whyte and Langeree went on to dominate their semi-final heats to set up an epic re-match of last year’s world tour finals.

Surviving the quarterfinal rounds on the men’s side were Airton Cozzolino (ITA/North), Keahi DeAboitiz (AUS/Cabrinha), Kai Lenny (HI) and Sebastian Ribeiro (BRA). Cozzolino and DeAboitiz battled in the first semifinal with DeAboitiz keeping his world championship dreams alive by narrowly defeating the young Italian. In the second semifinal, Maui local Kai Lenny bested an on-fire Ribeiro with his consistent and committed riding.

“It was fun to get out there in a heat with a select few guys who have been instrumental in the development and progression of the sport of kiteboarding on Maui”, said Pete Cabrinha. “We all had a blast out there.”

The Cabrinha Kite Surf Pro finals were held in epic Ho’okipa conditions. On the men’s side, reigning KSP World Champion Keahi DeAboitiz (AUS/Cabrinha) met local Maui hero Kai Lenny (HI) to determine who would be the 2013 KSP World Champion. By the time the final horn sounded, no one on the beach knew who had won the heat. It wasn’t until the prize giving ceremony that De Aboitiz learned that he had successfully defended his world title narrowly defeating the young Hawaiian.

“I was really stoked to take the win for the second year in a row,” said DeAboitiz. “I couldn’t be happier, really. We had some really fun waves and I had a great time out there.”

The women’s final was contested in equally epic surf and the highly anticipated rematch between Whyte and Langeree was a battle for the ages. Both riders were powerful and fluid but in the end, Whyte defeated Langeree to defend her title here at Ho’okipa and claim the 2013 World Championship title.

“It was really close in the final against Jalou and it could have gone either way, but I’m stoked it went my way,” said new KSP World Champion Whyte.

Following the KSP world championship finals the focus shifted to the Xensr Big Air Invitational. The 12 invited male and 3 female riders were sent out on the water with a gps based Xensr measuring device that measures the hight of each riders jumps to within 3mm. The Xensr Big Air Invitational final was won by Jon McCabe (Hi/Ozone) over Jesse Richman (HI) in second and Charles Edwards (HI/North) in third. The highest jump of the day, however, belonged to Shawn Richman (HI) with a height of 45.42 feet.

Wrapping up the final day’s action were the men’s and women’s finals of the Kama’aina Throwdown. Rafal Malezyk took top spot in the Kama’aina men’s division over second place Garfield King with Wes Anderson in third. In the women’s division it was youngster Skylar Lickle taking the win with Michelle Crompton in second and Tatiana Howard in third place. 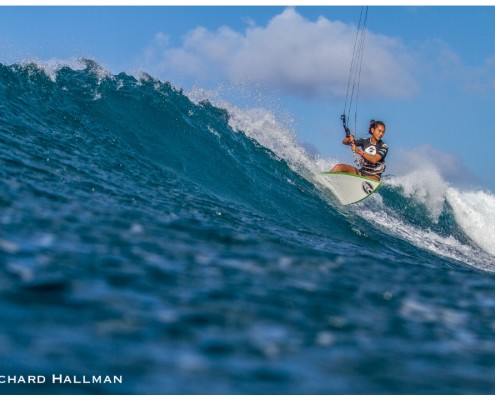 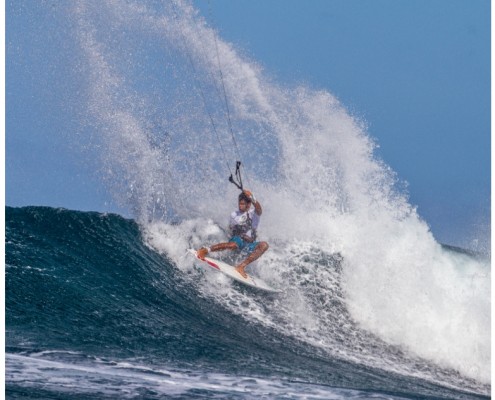 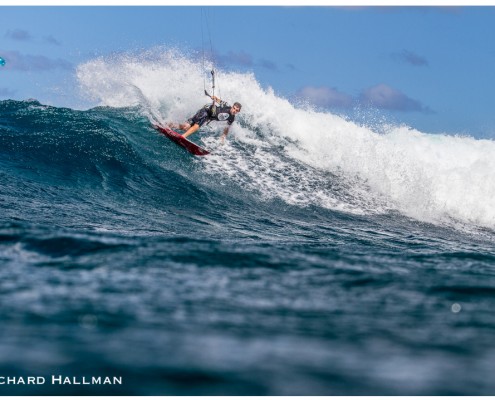 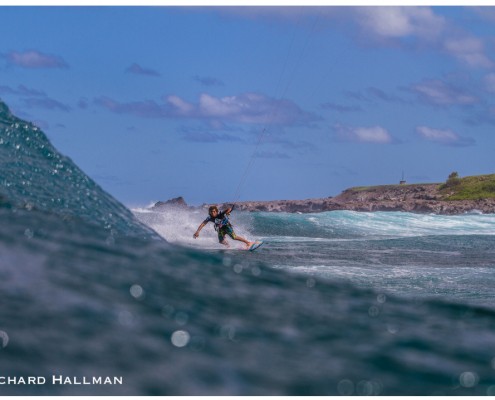 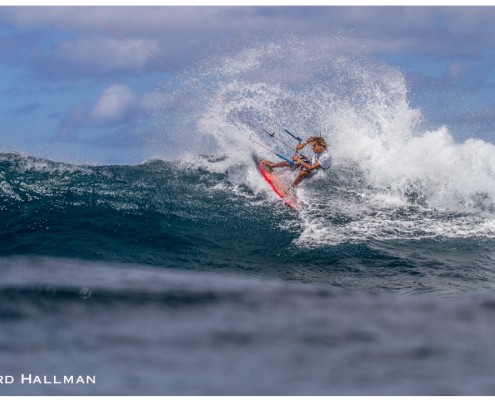 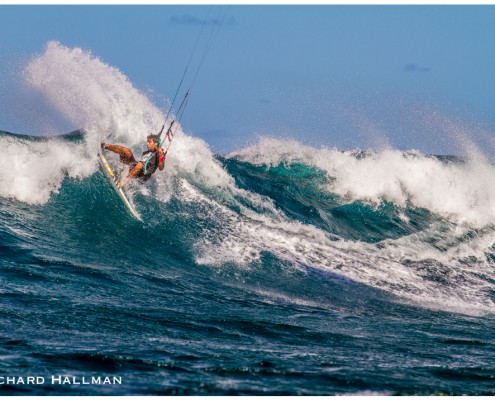 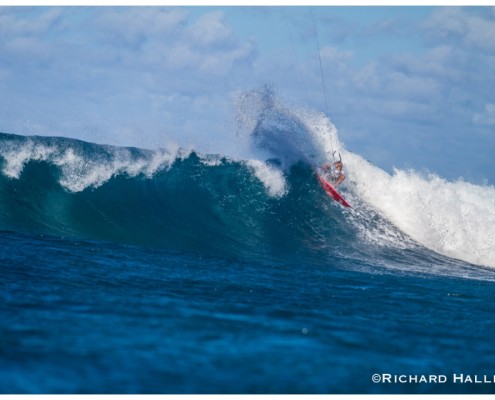 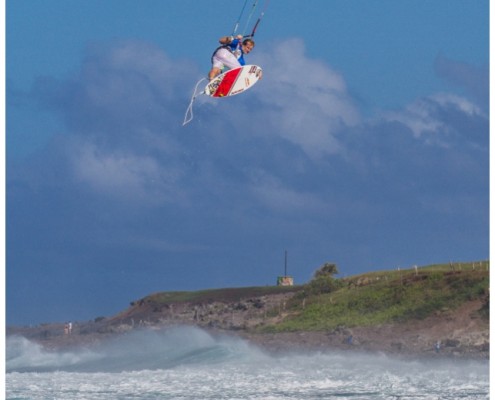 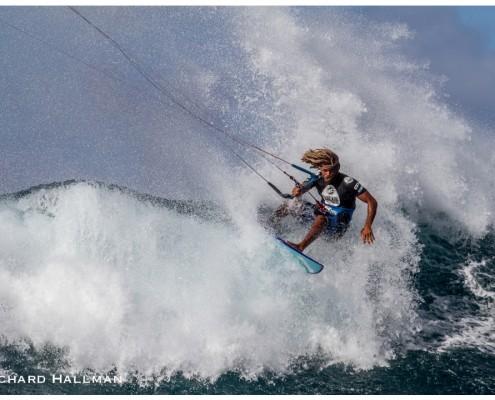 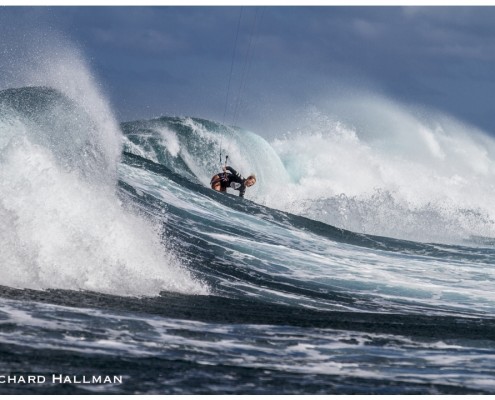 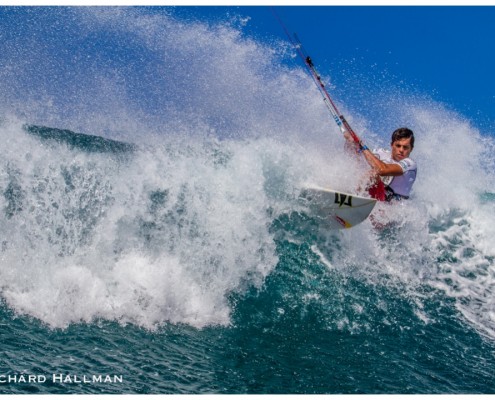 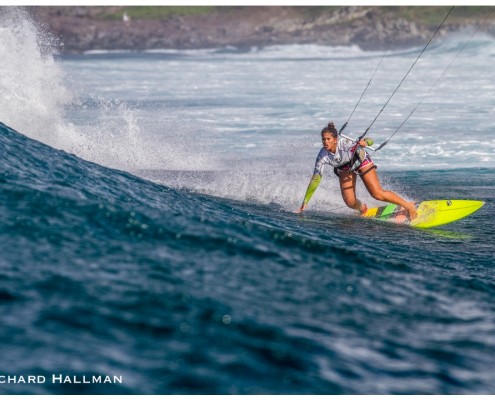 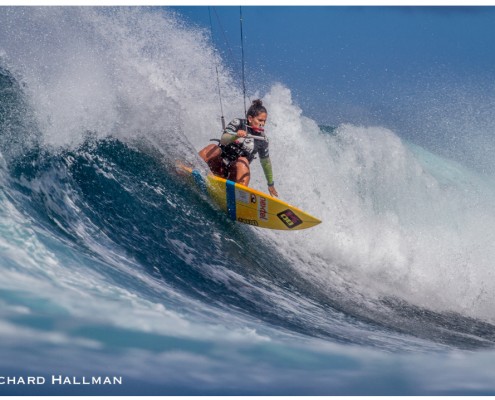 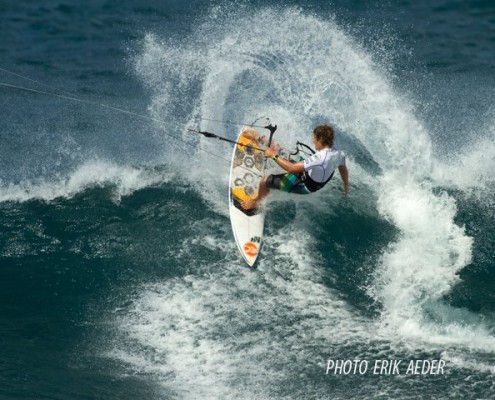 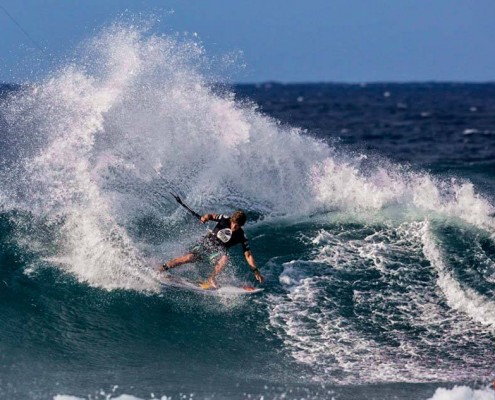