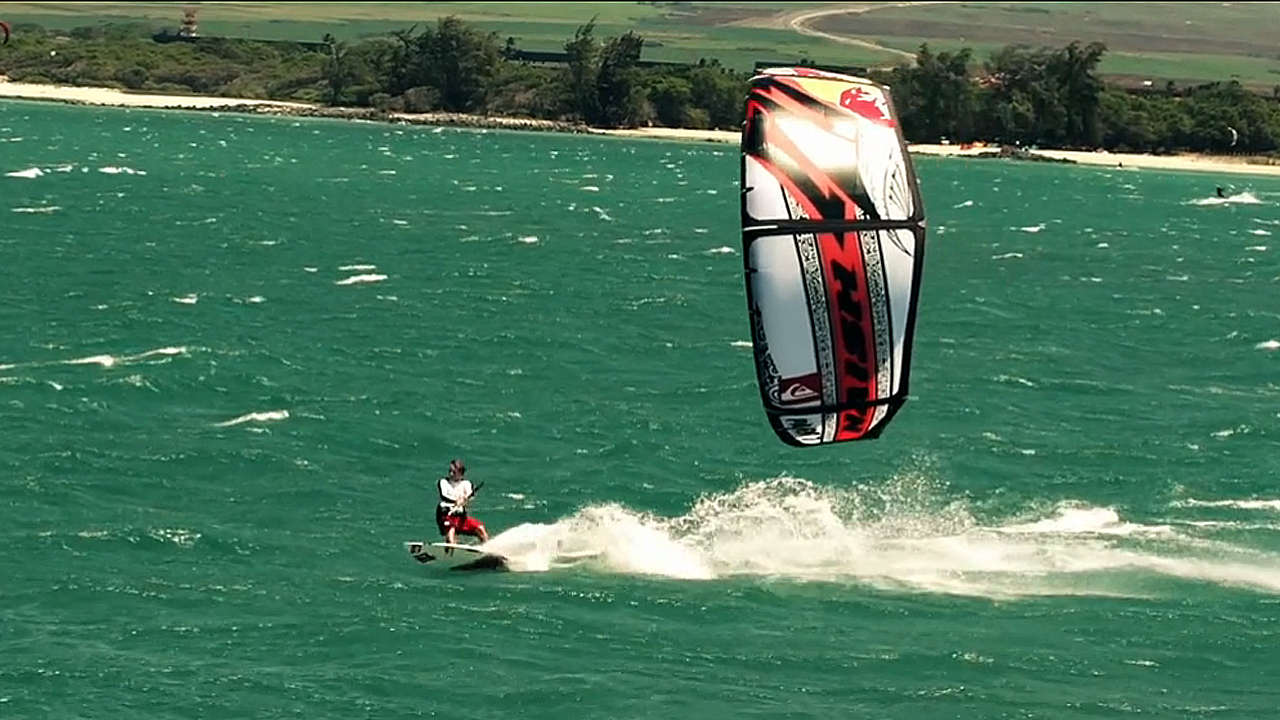 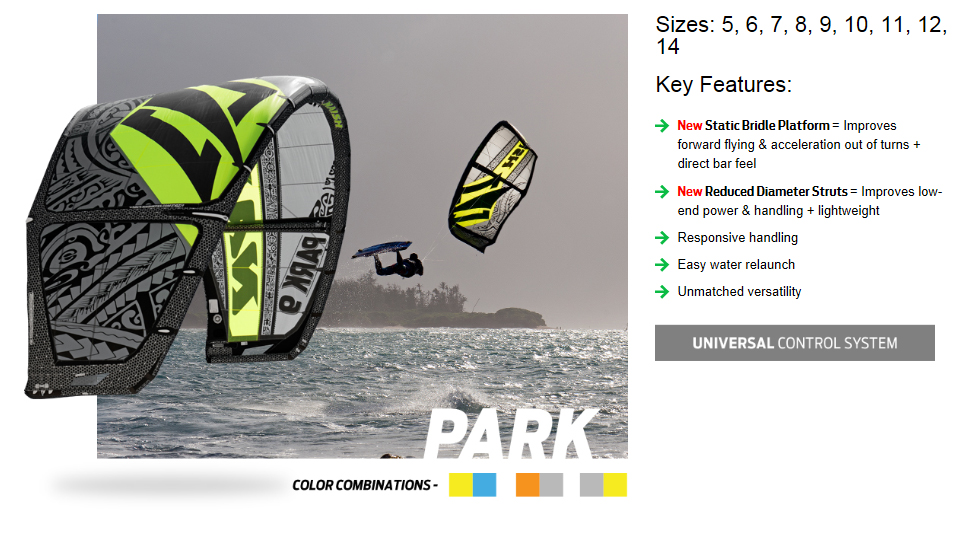 When did you first start development on the Park?

The Park development started over 5 years ago, but we only launched the first version 4 years ago after a good 10 months of R&D on it.

What inspired the design/concept behind the Park? Is it similar to any other kites in the Range? How?

Back then, we believed that bridled kites didn’t have a good bar feel, while C shapes didn’t have enough instant depower, so we wanted to have the best of both worlds: a bridled kite with the depower you expect, that also had direct bar feel like that of a C shape. To do so, it was just natural to start from our legendary Torch.

The first sample was pretty much a Torch 10m with chopped off wing tips that made an 8m kite. From there, we evolved the kite. Thanks to the bridles, we swept the wing tip to have a great water re-launch. We also fine-tuned the foil in order to take advantage of the greater amount of angle of attack adjustment. So now, the Park is not just a Torch cut down, however the projected aspect ratios are similar.

What specific improvements happened this year?

How versatile is the Park compared to other kites in the lineup?

The Park is as versatile as a kite can be…it can be used for any type of riding and you’ll be thoroughly impressed in every aspect of your performance.

Is the end result what you expected?

Ever since the first version of the Park, the Park has become even better than what we expected. Every year we always find improvements we want to make to the kite, so it just gets better and better every year.

To learn more about the Park :   http://naishkites.com/PARK-Performance%20Freeride-Freestyle-Wave/