Stephan Figueirido is a brasillian ripper, chasing best surf and kite spots in the world. He’s back from a trip on Namotu Fiji during the Wolcom ASP Contest. Here’re his words documented by the following photos taken by Cinthia Martins :

“In early June, during the event of WT (Volcom Pro Fiji), a giant swell arrived in Fiji. Many big wave riders from all around the world were optimistic about the forecast and went to Fiji to surf in Cloudbreak. 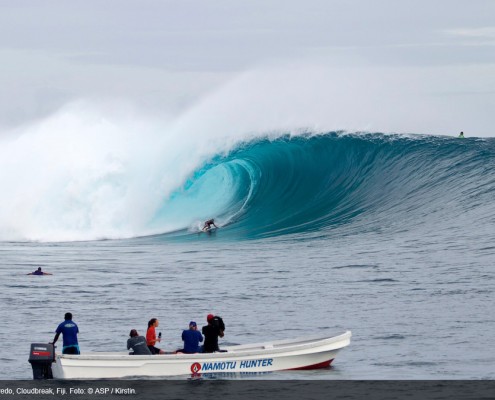 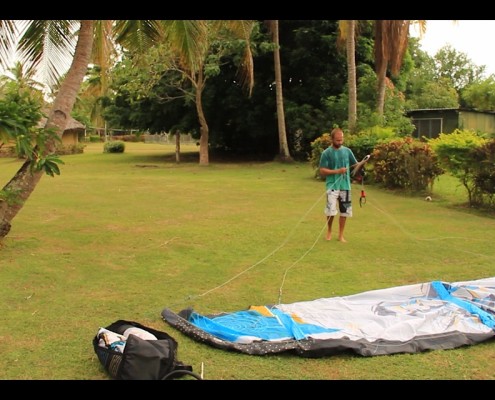 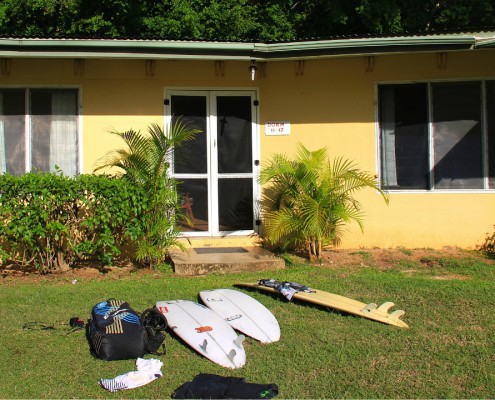 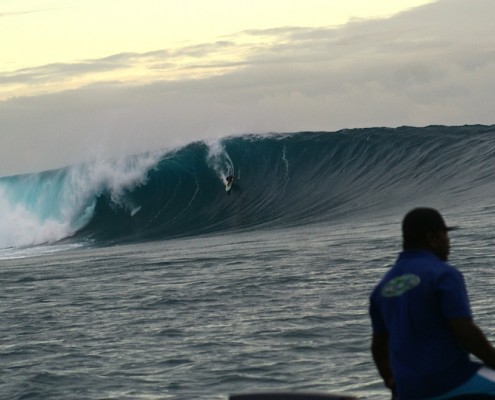 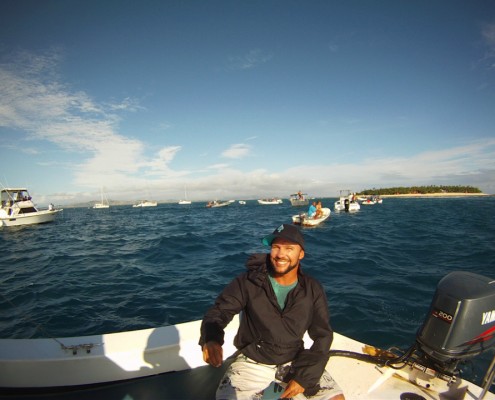 On day 8, in the morning as expected the contest was running in a solid 15 + feet swell until the waves got so big gaining more strength during the day!! The contest organizers called it off for safety reasons after only 2 heats.

They left the waves to free surfing!! Over time the sea was gaining size, the tide was falling and the wind was stopping, thus providing the most historic paddle session of all time (report of all surfers who were present there) …. waves up to 20 + feet and barreling with a such a perfection, never seen before by any human being!

The next day the swell had subsided more than expected but we had medium and large waves, strong wind but not so good for the rest of the swell. The organization put the championship in Restaurants! Few surfers ventured a morning surf session at Cloudbreak this day. 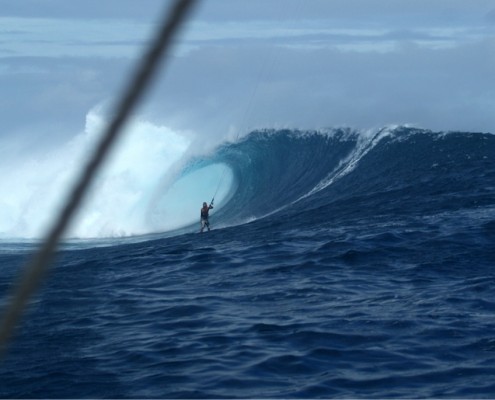 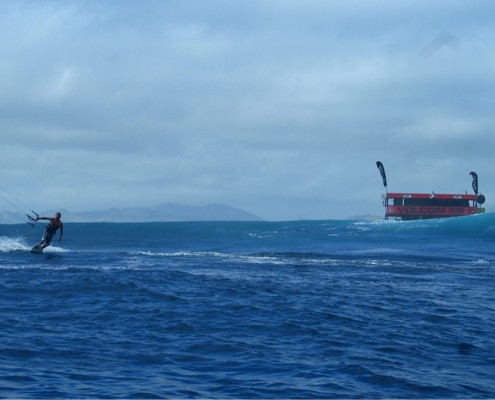 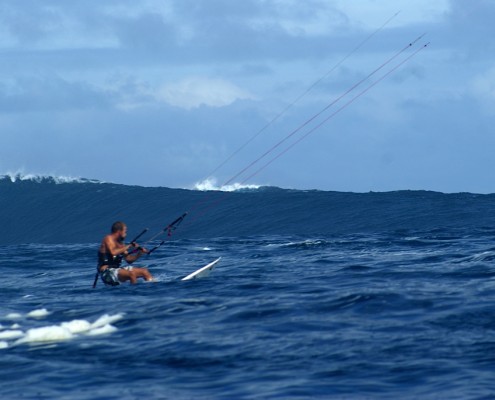 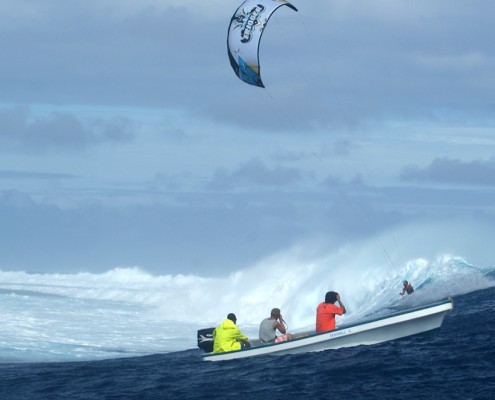 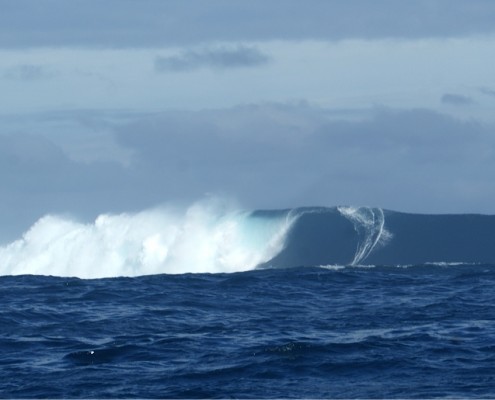 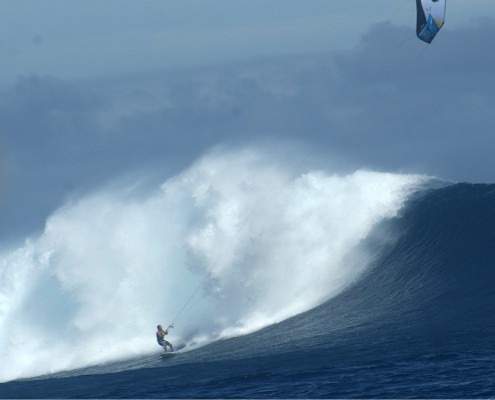 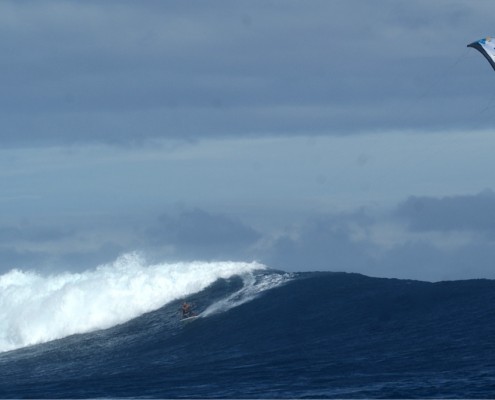 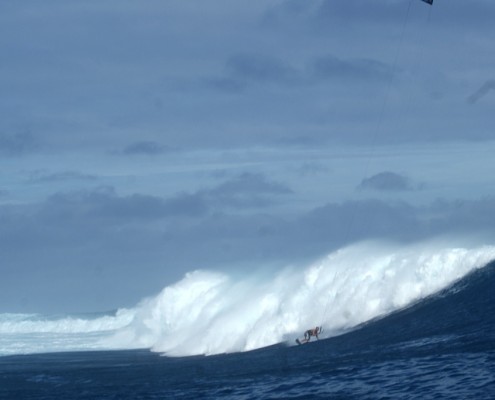 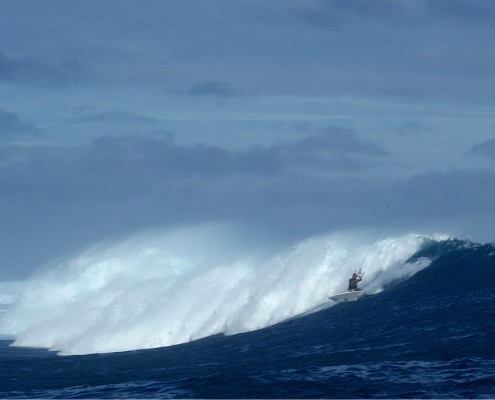 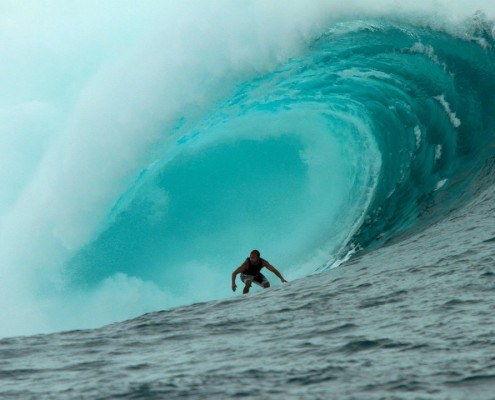 As I was instigated much for kiting and surfing, no matter the conditions, I took both my kite and surf equipment on the boat.
When we arrived at Cloudbreak for the second time the wind was even stronger and blew up to 20 knots. There were a few surfers in the water this time and I decided to go and risk a kite session. I took my smaller board, a 6’4 and my 7m Kite  Trigger Blade. That day the wind blew side shore on beginning of the wave, at the end of the wave and the wind was offshore (because of the curve that makes the wave on the reef), which made the session even more exciting and difficult!”

To illustrate the story you can find more info on Stephan on his blog :http://stephanfigueiredo.blogspot.fr/

You also check http://surfbox.com.br/2012/06/fiji-free-surf-epico-em-cloudbreak/ with amazing photos from ASP.

And now the full length 19 minute version video by John Eaves of the fantastic surfing that took place at Cloud Break, Fiji, June 8, 2012, during the Volcom ASP  surfing event. A giant swell rolled in  and  incredible waves were ridden.

Stephan Figueiredo is the small guy in a hugeee tube at 15:40 min 🙂